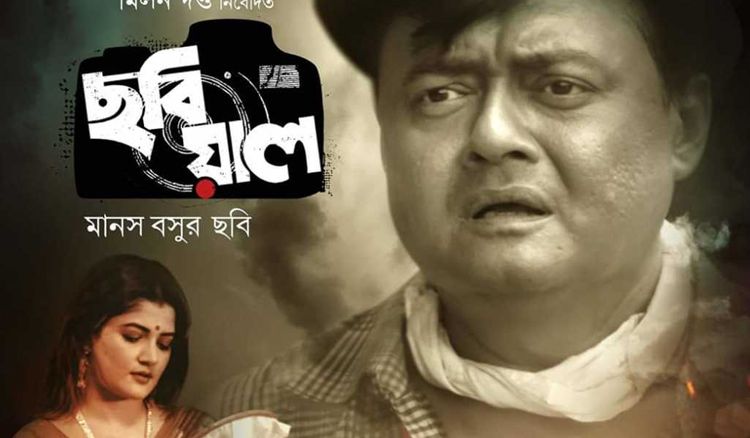 Director Manas Basu crafted something out of the blue with his movie Chobiyal. The feature film is directed by Basu and the story has been written by Indronil Boksi.

Speaking about 2020, this New Year is packed with some interesting fresh on screen jodis and we believe this one is different. Director Manas Basu is ready to present a fresh pair of Saswata Chatterjee and Srabnati Chatterjee in the lead. We have seen both the actor in Aparna Sen’s ‘Goyanar Baksho’, they didn’t have a single screen together, but this time we will get to see them together. However, the story revolves around Habol (Played by Saswata Chatterjee) by profession is a photographer who has a studio near a crematorium and is into dead body photography. Photography was profession as well as an addiction for Habol but things change when he falls in love with Labonyo (Played by Srabanti Chatterjee). What’s surprising with Habol is he leaves his job right after his marriage with Labonyo.

A day come where one of his friends talks to Habol about the over possessiveness towards his Love Labonyo, in the rage Habol takes a drastic step and leave the village with Labonyo. The question remains how the obsession towards Labonyo grew so much that Habol took a drastic step?  What was the step that forced Habol and Labonyo left the village? Speaking about the story and posters of the movie look interesting!The music is being composed by Megh Banerjee. The movie is going to release soon under the banner of Paramhansha Chitram under the mentorship of Milan Dutta.