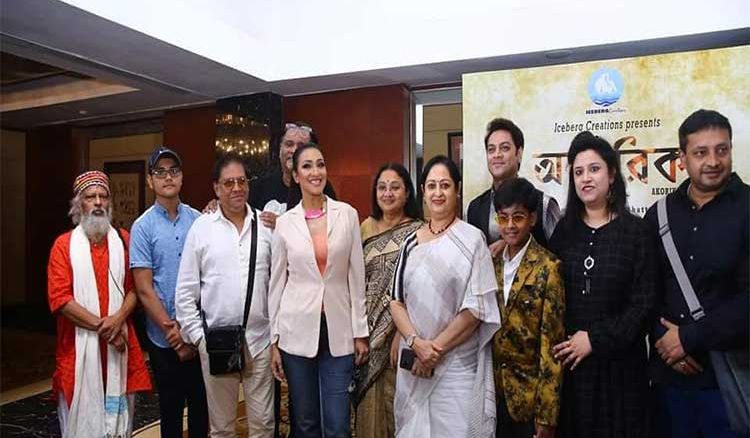 Veteran actor Victor Banerjee ties up with actress Rituparna Sengupta for Tathagata Bhattacharjee’s film ‘Akorik’. The plot of the film revolves around a bond between a 75 year old man who spent majority of his lifetime in a joint family and a 10 year old young boy who lives with his single mother. Two of them connect quite naturally even when both of them come from a contrasting family structure. The film shows a brief yet significant journey that the two share. The film casts Victor Banerjee, Rituparna Sengupta, Anuradha Roy, Angana Bose, Supratim Roy, Anindo Sarkar, Master Ankan Mallick and Master Swapnadip Adhikary among others. The storyline has been written by Salil Sarkar. ‘Akorik’ has been shot in and around Kasauli and other parts of Himachal Pradesh and Kolkata. Actor Victor Banerjee is making a comeback to the Bengali cinema with the film Akorik after a long time. Banerjee is also going to work with actress Rituparna Sengupta after a long period of time, both of them had earlier worked together in films like ‘Antarghat’, ‘Seven Days’ and ‘Ashtro’. The film has been produced by Ashok Pareek and co-produced by Deepak Pareek. Debjit Bera has composed the music for the film. The film will hit the theatres shortly and is also expected to be available on OTT platforms.