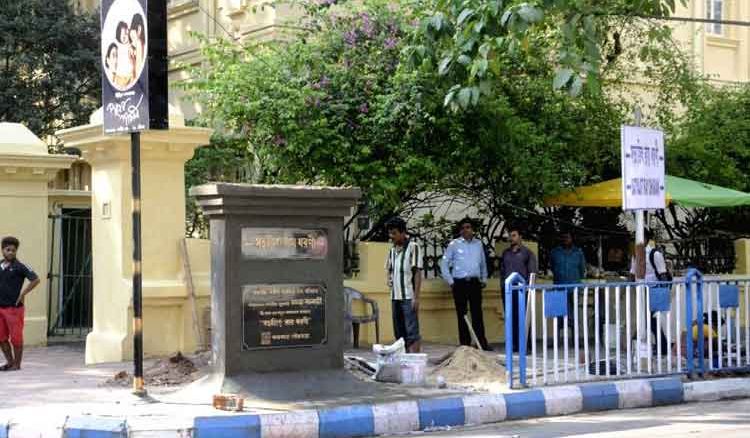 A lot of heritage associated with Kolkata is ingrained deep into its roads, streets, and alleys. A lot of history associated with any place credits its communication to the transport system. The economic significance of a place heavily depends on its ability to communicate. Kolkata has always been privileged to have well maintained and developed roads owing to its glory of being the British capital in the past. A lot of old-world charm and tradition is associated with the Kolkata roads and streets. One such distinctive road in the Exide crossing vicinity is the Bishop Lefroy Road. 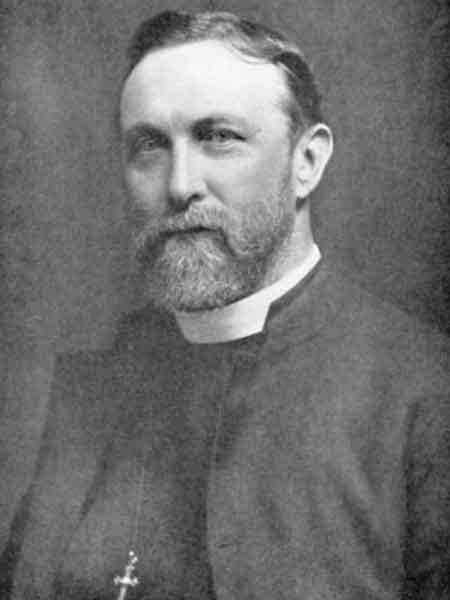 Bishop Lefroy Road is named after the eminent missionary and priest George Alfred Lefroy who visited India between the nineteenth and twentieth century. Lefroy became the Bishop of Kolkata in 1912. He actively participated in religious forums of Hindus and Muslims and opposed racism by the British against Indians. Chief minister Mamata  Banerjee has urged that Lee Road, on Bishop Lefroy Road be renamed Satyajit Ray Dharani. 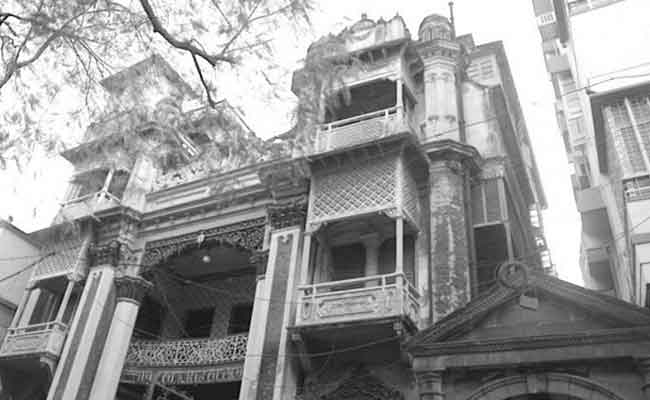 The West Bengal Government along with the Kolkata Municipal Corporation has initiated to beautify and renovate the Bishop Lefroy Road. The house of Ray is one of the most sought after tourist attractions in Kolkata.  The road is decorated with specially designed paver blocks. There are hoardings of Ray’s works along the length of the road and vapour lamps have been replaced with antique street lights. There are further plans to enhance the beauty and uphold the glory of the place with sculptures and artefacts.

Satyajit Ray, along with his parents came to reside at 1/1 Bishop Lefroy Road, in 1970, leaving his North Kolkata residence at Garpar Road.  Satyajit Ray always felt that once he left his residence at Garpar road, the intellectual stimulation was lost. One of the celebrated characters in his Feluda series, Lal Mohan Ganguly hailed from such locales in North Kolkata.  Just before Ray moved to his Bishop Lefroy Road residence, Ray’s abode was 3, Lake Temple Road. This home was matched his aesthetic senses and his comfort level, recalls Sandip Ray. Satyajit Ray was most comfortable at his residence there. He preferred living in the middle-class vicinity rather than the posh locales of Bishop Lefroy Road.  Bishop Lefroy Road was mostly house to Russian consulates and Ray had very little scope of any social interaction. Some of his most productive years, Ray spent here and gifted us some of his best works. The house has been listed as a heritage building by Kolkata Municipal Corporation. 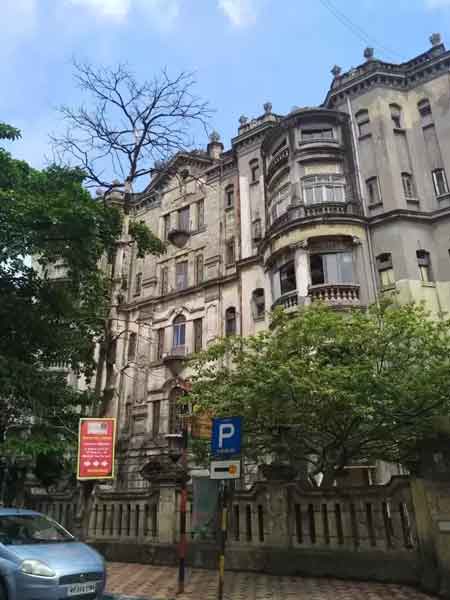 Alexander Court is one of the oldest structures of the city, still standing tall, yet appears deeply morose with the unkempt treatment from the authorities. Constructed in 1918 it is a few hundred meters away from the King Edwards Court which has won the “heritage” tag. Although Alexander court has a legacy of its own, it resembles a colossal building with its four high rise columns now reduced to a skeleton. A little more attention from the Kolkata Municipal corporation could have made its luster last a little longer.  Almost 3 decades ago the building, along with Calcutta Mansion and Paul Mansion in the same vicinity was the parapet of white bureaucrats. In the present day, the mansions are mostly occupied by approximately 30 Marwari and Sindhi households.

Paul Mansion is another significant building on this road. Built-in 1923, and located on 6, Bishop Lefroy Road, it is painted on the side facing Bishop Lefroy Road; however, the rear of the building, facing Lee Road appears to have aged beyond repair and may crumble any moment. Since 1979, the building has been partitioned and several households have mushroomed in it. During its glorious days, this mansion was the home for Europeans and it is a property of the Butto Kristo Paul family.

Sandip Ray, son of Satyajit Ray resides at the same mansion with his family currently and has highly appreciated the efforts of the Kolkata Municipal Corporation to give a facelift to the place.