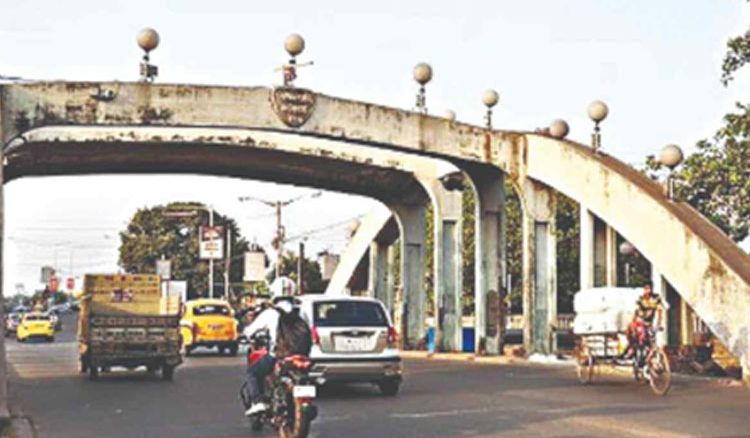 Talla Bridge to be pulled down

After a review meeting at Nabanna, the Government of West Bengal has decided to demolish the Talla Bridge situated in North Kolkata. RITES and construction expert V K Raina had conducted a survey of the 57-year-old bridge and both came to a conclusion that the bridge is beyond repair and should be pulled down. A senior PWD official said, "It has been decided that the bridge will be pulled down. The PWD and Railways will do a joint inspection on Saturday and will submit a report within 15 days. The high-level committee will go through the report and take a final decision on when to commence work for pulling the bridge down". The bridge is situated over railway tracks as a result of which a portion of the bridge is maintained by Railways and the other portion is maintained by PWD. Both PWD and Railways will conduct a final joint inspection and submit a report after which the demolition process will be sorted out. The demolition process too will be conducted by both PWD and Railways. Railways will dismantle the portion of the bridge which lies above the tracks whereas PWD will demolish the rest. Officials of both the organisations have reported that the demolition process will be a coordinated operation. The state government has already banned plying of heavy vehicles on the bridge and has instructed the Kolkata Police, Bidhannagar and Barrackpore commissionerates to chalk out alternative traffic routes to manage the flow of traffic. A transport department official said, "We will soon have facilities so that passengers can purchase a single ticket in a government bus and do a break journey. Now, the situation is such that people has to make a break journey for reaching his destination and are paying for tickets for all such journeys".