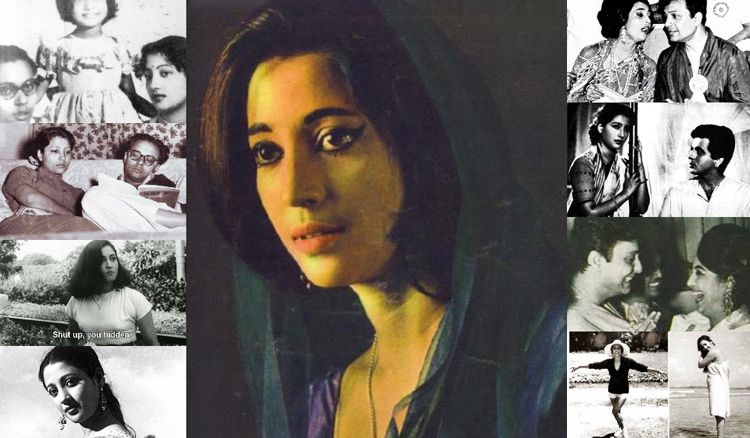 From ‘Saptapadi’ to ‘Deep jwele jayi’ and to ‘Aandhi’, this actress played every role with the pure emotions and versatility. Suchitra Sen ruled the Bengali film industry for years and her pairing with Uttam Kumar is considered as the golden pair till today. She did 60 films in her career among 30 were with Mahanayak Uttam Kumar. Suchitra Sen played all her characters with passion and honesty which made her the first Indian actress to receive an award at an international film festival. In 1963, she received the Silver Prize for Best Actress for her role in ‘Saptapadi’ at the Moscow International Film Festival.

In the Bengali film industry, no actress can match up to her persona and charm till now. Sen was born as Roma Dasgupta on 6th April 1931 in Pabna (presently in Bangladesh). She won everyone’s heart with her disarming smile. Her talent was limited to Bengali movies only,but she was also seen in a handful of Hindi movies among which ‘Devdas’ and ‘Aandhi’ are considered to be her best works. Suchitra Sen played ‘Paro’ to Dilip Kumar’s ‘Devdas’ in Bimal Roy’s ‘Devdas’.

The actress turned away from the limelight after her last movie ‘Pronoy Pasha’ failed at the box office. The actress would have been 88 today but in 2014 she passed away leaving behind her legacy of amazing movies.