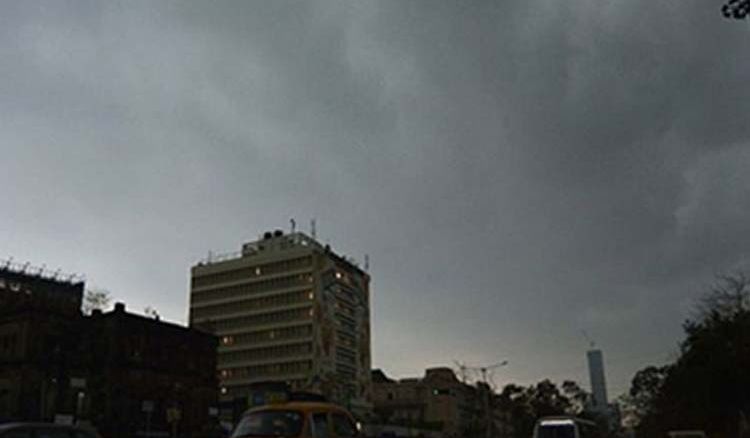 According to the Regional Meteorological Centre in Alipore, the South-West Monsoon has left the state of West Bengal and the city of Kolkata might witness a dry spell till the temperature drops. The weather office has reported that the humidity will remain considerably high during the day whereas after sunset the temperature will slightly drop. A senior weather official said, "The weather will remain dry in the state in the next 48 hours due to a change in the weather system. There is no possibility of rainfall in the state as of now as the South-West Monsoon has withdrawn from the state. The sky is likely to remain clear in the morning while it could be cloudy in the afternoon. South Bengal and North Bengal will experience comparatively dry weather in next two days". The Met Office has said that the coastal districts may receive scattered rainfall if there is any sudden change in the weather. It is being predicted that the temperature of Kolkata may drop by a few degrees in the next few days. As per the Met office, the highest temperature in the city shall be around 32 degrees Celsius in the next couple of days while the lowest temperature may drop to 22 degrees Celsius at night.