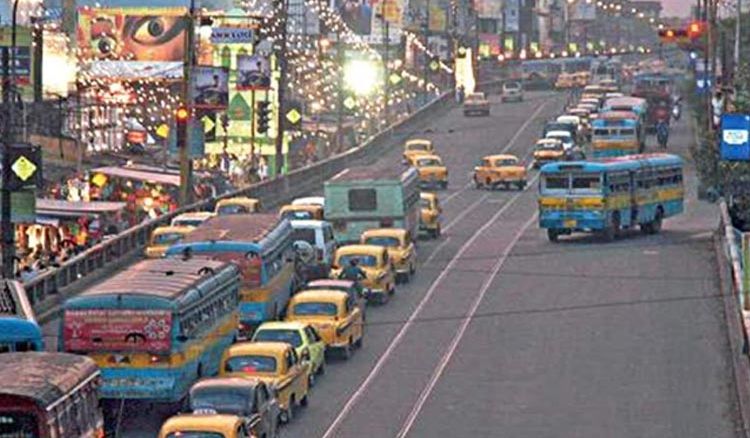 Vehicular movements on the Sealdah flyover will be temporarily suspended from the evening of August 15  to August 18 for conducting load capacity tests of the flyover by the KMDA. The KMDA has requested the Kolkata Police to divert the traffic flow to other routes due to which the Kolkata Police has made arrangements to control the traffic flow in that area. The traffic department will divert vehicles travelling on this route through various other stretches. Due to this diversions, tram services along Acharya Prafulla Chandra Road, M G Road, Bidhan Sarani and Lenin Sarani will be temporarily suspended or restricted. The Kolkata Police has reported that during these four days of closure, the stretch of the flyover between M G Road Crossing and Beliaghata Main Road Crossing will be closed. Vehicles coming from South Kolkata won’t be facing much difficulties since the Beliaghata Main Road will remain open and people trying to reach the Sealdah station won’t face much problems. Vehicles which will be approaching Sealdah from North Kolkata will have options to avail M G Road, Amherst Street, B B Ganguly Street to reach Koley Market. Vehicles approaching the Sealdah station will be diverted from Rajabazar Crossing for availing Narkeldanga Main Road, Canal East Road and Beliaghata Main Road. The passenger buses will also be following the same routes. The traffic department has predicted traffic congestions in some parts of the city around Sealdah and has requested people to plan their journey with sufficient time in hand.