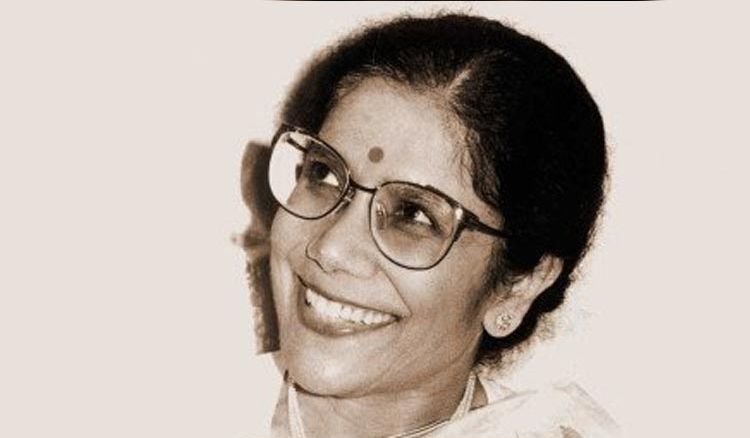 Bengal’s pride and one of the most prominent singers from its golden era of modern music Sandhya Mukhopadhyay passed away on Tuesday, February 15th. She tested Covid positive in late January and was suffering with post covid complications since then. Geetashree Sandhya Mukhopadhyay was 90 years old and is survived by her daughter Soumi Sengupta. She was suffering from multi-organ dysfunction and had a heart attack. With her passing away, an era of modern Bengali popular music comes to an end. Sandhya Mukhopadhyay has an extraordinary career spanning five decades which made her an evergreen superstar of Bengal. She was born on October 4, 1931 in Kolkata and was the youngest of six siblings. She was trained in classical music from a tender age and was a student of eminent Hindustani Classical vocalist Bade Ghulam Ali Khan. Her career started in Mumbai where she sang Hindi songs for films but later on she moved to her city, Kolkata. Geetashree Sandhya Mukhopadhyay often collaborated with singer Hemanta Kumar Mukherjee in playback singing for Bengali cinema in the mid ‘90s which became iconic and was known as the voices behind the pair of the Bengali superstars Uttam Kumar and Suchitra Sen. She also collaborated with some of the most celebrated music directors of the time, namely Rai Chand Boral, Robin Chatterjee, Sachin Dev Burman, Anil Biswas, Salil Chowdhury and Hemanta Mukherjee. She has received numerous awards including the National Award for Best Female Playback Singer and Banga Bibhushan Award. Chief Minister Mamata Banerjee expressed her grief and twitted, "Deeply saddened that Geetashree Sandhya Mukhopadhyay, the queen of melody in Bengal, is no more. Her departure creates an eternal void in our world of music and in the hearts of millions of her followers here and in the diaspora'.