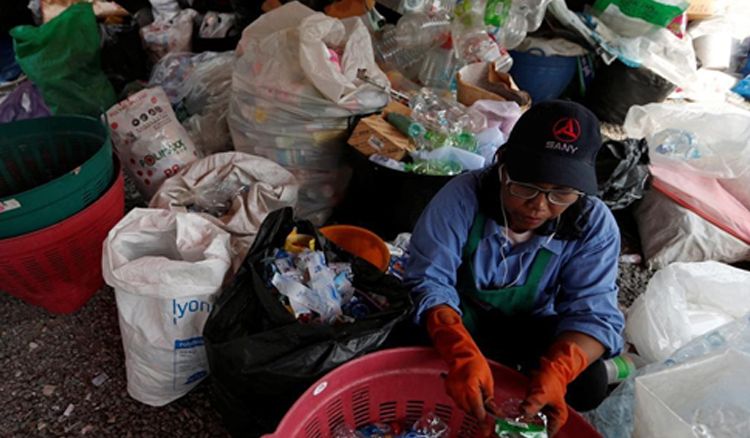 ‘Stop using plastic’, ‘reduce, reuse, recycle’, and many more… we have been hearing these phrases everywhere. The invention of plastic did make our lives easier but in the long run, it is proving to be fatal for the mother nature. Every day rather every moment tonnes of plastic is disposed of in the water bodies that result in taking the lives of so many aquatic creatures. Environmentalists are trying their best to tackle the situation before it’s too late. According to reports, Thailand is one of the five countries that account for more than half the plastic in the world’s ocean. 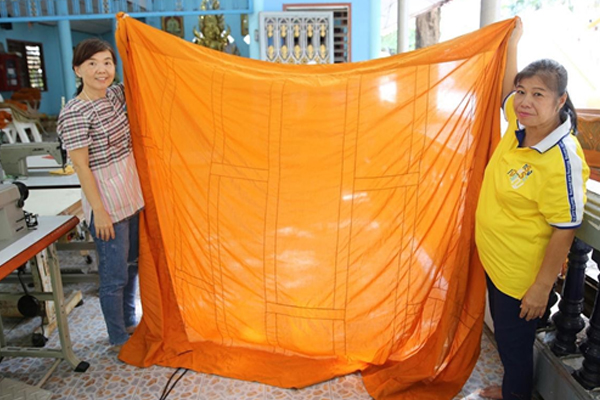 Thailand’s Wat Chak Daeng temple has come up with an amazing idea of turning plastic bottles into sacred orange robes for monks. The temple took this initiative back in 2018 and since then they have recycled around 40 tonnes of plastic. The temple organises campaigns calling for donations of plastic bottles that are later processed into synthetic fibre and then used in making the robes. One kg of donated bottles makes a complete set of monk robes and it has a high return value both in terms of money and merits. The temple sells each set of robes between $65.79 and $164.47, till now the temple has sold at least 800 sets of robes and still making. The money that is earned from selling these robes used in funding the project and to pay the waste-sorting volunteers, among whom many are housewives, disabled and retired people.

The abbot of the temple in Samut Prakan province, Phra Maha Pranom Dhammalangakaro explaining the further process said that it involves collecting the bottles and then separating the caps and labels. After the segregation, the bottles are washed and crashed into a block before being taken to the factories. At the factories, the crushed bottles are sliced into small grains and mixed with other components before being stretched into threads. These threads are carried back to the temple where they are dyed and woven into sheets to make orange robes. In other temples, people bring food and clothes to offer to the monks but here in this temple devotees come in bicycles to offer plastic in exchange for the blessings.