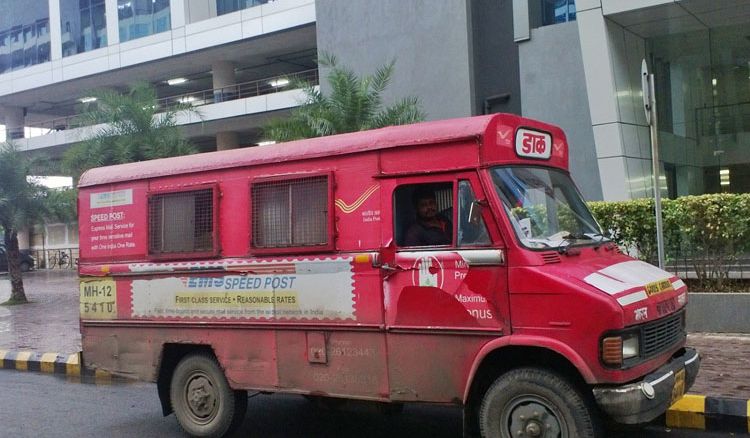 In a bid to speed up its delivery service, the Bengal circle of the Department of Post launched a new road transport network which will use trucks for delivering parcels from one hub to another. Trucks which will now be a new medium of transport for delivering the parcels were flagged off recently in three routes — Calcutta to Guwahati via Siliguri (1,093km), Calcutta to Patna via Dhanbad and Gaya (595km), and Calcutta to Bhubaneswar via Kharagpur (479km). Arundhaty Ghosh, Postal service board member said, “We are putting emphasis on our parcel delivery business. This is a sunshine sector. Transactions are increasingly happening on e-commerce, so parcels need to be reached across long distances. Even e-commerce companies, like Amazon, book parcels at our post offices. So long our delivery transportation system was dependant on airlines and railways. Though we are reaching the parcels to them on time, because of their limitations our deliveries are getting delayed. So for faster and secure delivery of parcels, we have started our own transportation by road”. Gautam Bhattacharya, chief Post Master General of Bengal circle said, “Parcel business is our only sector growing substantially. But our problem is constraint of space in aircraft and trains. Earlier, the department would get a full bogey with a cage in which mail could be put and the cage locked. The railways used to consult the department to decide how long a train would stop at important junctions where mail would be loaded. In fact, the mail trains — such as the Kalka Mail were named so because they carried mail. But now with changing priorities of the railways, all we are being offered is half a bogey with no cage. Airlines, too, are not in a position to carry heavier load. So mails are getting accumulated in transit at important hubs like Calcutta for reasons beyond our control. That is why the department thought of a dedicated road transport network”. Parcel delivery business throughout the country is getting a major boost due to the-commerce sector, this dedicated transportation network is certainly going to help the Postal Department and bring in significant changes.