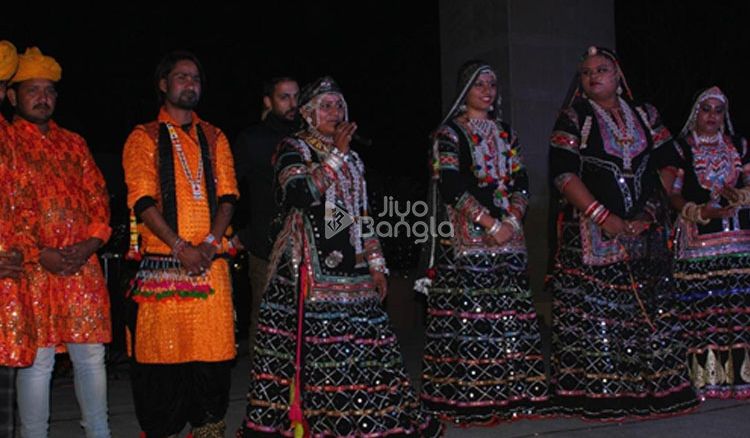 Born into the Sapera community of Rajathan in the year 1973, Gulabo Sapera’s life was not at all easy. With her umbilical cord still intact Gulabo was buried alive. But fate had something else stored for her. Now looking back at her journey, if there is one thing she has been able to achieve, it is that no more girls are being killed in the Sapera community.

Gulabo was not born to die a terrible death like the rest of the girls in her sapera community. She now stands tall and made her community famous all over the world. Gulabo is the creator of Rajasthan’s celebrated folk dance form Kalbelia. On 27th December, Gulabo Sapera showcased her dance along with her team for more than an hour. The performance was a treat for the eye! Gulabo Sapera was awarded the Padma Shri in 2016 and is the first and only woman from her community to be conferred with the nation’s esteemed civilian award.

The event ‘Sur aur Sansh’ is an initiative of Prabha khaitan foundation in association with Eastern Zonal Cultural Centre, Ministry of Cultural (Government of India) and in association of Hyatt Regency. The initiative is designed to showcase the diversity of India. Being recognised as the Cultural Land, India is has vast diversity in folk art. These folk arts are embodiment of different cultures in the country and each one is different from the other. Prabha ketan foundation tried to promote, folk art in various states in India by taking them to other state.  Speaking Jiyo Bangla, she smiled and said, “It’s really nice to perfume in front of those who are not from your community. This is great initiative. I want Kalbelia dance to spread worldwide.”  On the other hand, Gulabo is ready to inaugurate her own school in Pushkar.

Save Energy, Save Earth!