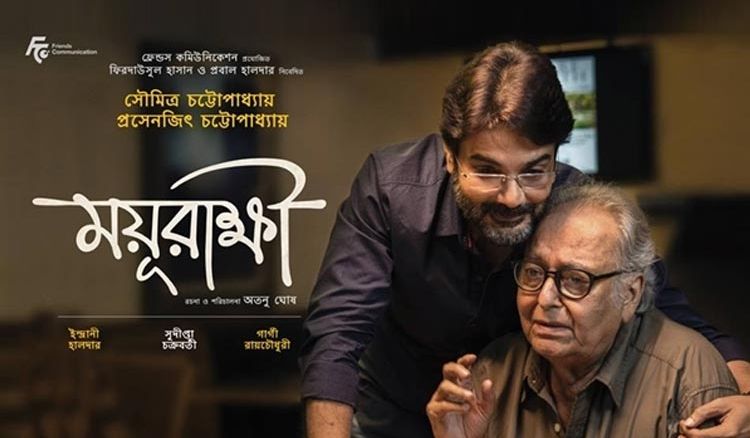 Mayurakshi: A must watch for all gen

Mayurakshi, the upcoming flick by Atanu Ghosh will be hitting the theatres on this 29th December 2017. Ghosh has always been different in his approach towards film making. He thinks of the intense aspects of life to get into the minds of the audience. It may be possible that his movies are not that stereotypical blockbuster hits but it leaves a lasting dimple in the minds of the common people. His famous feature films are Rupkatha Noy, Abby Sen, Takhon Teish, Ek Phali Rod, Angshumaner Chobi and now it is time for “Mayurakshi”.

The movie features Indrani Halder after a pretty long time on big screen. She has been a spectacular performer since 80s and till date she has not lost the grace that is of absolute necessity for the Bengali film industry. Other than Indrani, the movie has the gracious presence of the legendary figure, Soumitra Chattterjee, Prasenjit Chatterjee and Sudipta Chakraborty.

Unlike other directors, Atanu Ghosh has once again chosen a very exclusive plot for Mayurakshi. This generation is highly professional and young hardly pay heed to the emotions and sentiments of the family members and with time the attachment is shrinking to a great extent. Here in this movie, Prasenjit namely Aryanil comes all the way from US to meet his 84 years old father. Soumitra Chatterjee, who was playing the role of his father, was enduring some sorts of disputes in his private life during that phase. The connection between a father and middle aged son will definitely bring life to the entire movie. A number of subtle incidents, long lost and elapsed chapters of their lives, sensitive questions and incidents in their life will be reminisced and cherished by them. Therefore it is expected that “Mayurakshi” will emphatically bring out the deep down human emotions among the audience.

Importance of relationship will be the only concern to highlight in this movie and this is probably the strength of today’s directors.