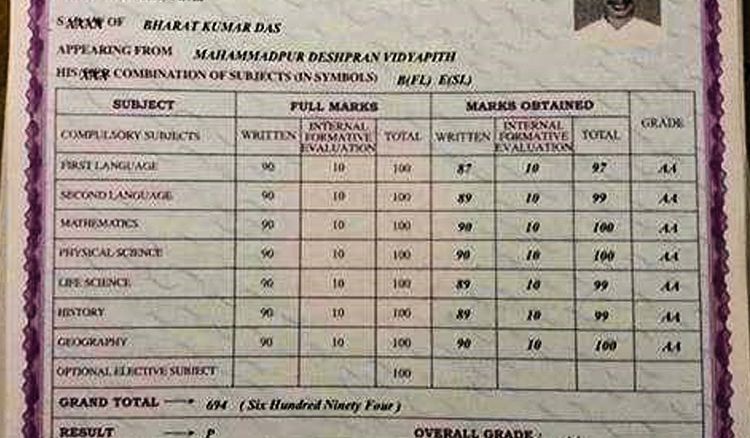 Madhyamik 2019 results are out

The results for Madhyamik 2019 has been declared by the West Bengal Board of Secondary Education (WBBSE) today without a single result being incomplete or withheld. The WBBSE had conducted this year’s Madhyamik examination from February 12 till February 22. Kalyanmoy Ganguly, President of WBBSE conducted a press conference today at 9am and declared the results for this year’s Madhyamik examination. The result has been declared within 88 days of completion of the examination. 10.66 lakhs students appeared in this year’s Madhyamik examination and the total pass percentage is 86.07 percent. Saugata Das, a student of Mahammedpur Deshpran Vidyapith School in East Midnapore district has ranked first with 694 marks out of 700 and his percentage is 99.14%, which is a record in the history of Madhyamik results in recent times. Specially-abled children too have scored quite well this year with 175 out of 185 visually challenged candidates who appeared for the exam passing with good grades. 132 out of total 152 hearing impaired candidates passed the examination as well. This year East Midnapore has the highest pass percent of 96.01 per cent, followed by Kolkata and West Midnapore. Last year the board had declared the result of Madhyamik examinations on June 6, 2018 and the pass percentage was 85.49%.