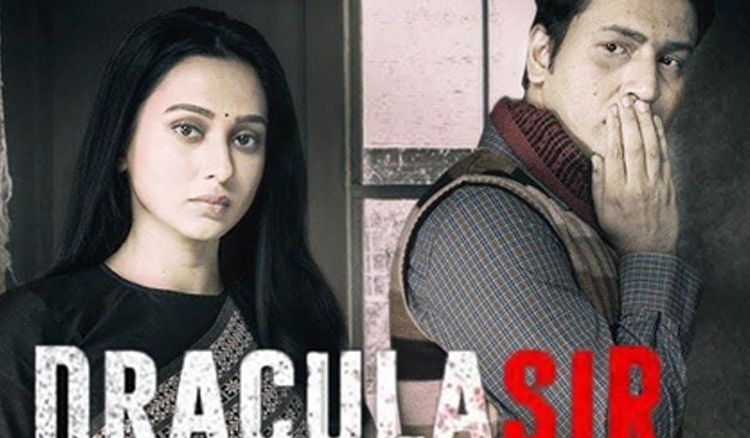 The moment ‘Dracula Sir’s first look was released; netizens went gaga all over again. New Year is all about uplifting of spirit, and Mimi Chakraborty knows exactly how to make her fans cheer more! The actress and MP is back with another project which is quite familiar for her. She has started shooting for the film ‘Dracula Sir’ along with her co-actor Anirban Bhattacharya.

The movie is a psychological thriller directed by Debaloy Bhattacharya. The movie deals with a primary school teacher who has a protruding pair of canine teeth, which earns him the nickname Dracula Sir. The protagonist has a story to tell from 1971 and his journey to find love and revenge. According to sources, Debaloy Bhattacharya said, “It is an effort to find a desi vampire without a castle. He has his own myth to sustain otherwise he will be labelled as insane and mentally challenged.”  Speaking about the first look of the movie, Anirban’s character seems to be bit shy and awkward. A school teacher who will turn into a Dracula on the other hand Mimi’s look somewhat resembles Pupu from ‘Gaaner Oparey’. He character Manjari will have a key role which will turn the story upside down.The movie will release next year. Meanwhile, Anirban is busy with ‘Dritio Purush’ and his theatre.