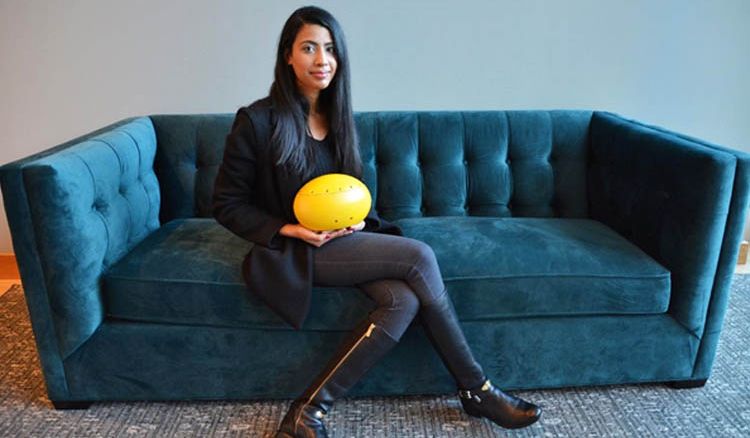 Technology has been a man’s first tool in hope of understanding the planet and its vastness better. The argument for technology over geologists walking for miles to uncover what’s underneath a stone is plenty- the results are fast and precise, the option is less time, capital and energy consuming. However, technology and man have been quite unsuccessful when it comes to oceans. Underwater navigation and mapping has been a reality for several years but it is definitely unreliable compared to a Google Map for terrestrial land. Technology that can work underwater is limited and ones that can work efficiently to map ocean floors are close to zero. Perhaps until a few days back until when a 28 year old PhD scholar from Massachusetts Institute of technology, Sampriti Bhattacharya, invented Hydroswarm, the world’s first underwater drone that can accurately map ocean floors and explore the deep sea.

A South Point alumnus, Bhattacharya completed her masters in aerospace engineering from Ohio State University and subsequently switched to robotics at MIT. She was one of the top eight finalists out of 200 in the MIT $100K Entrepreneurship competition. The commercialisation of her recent project involving Hydroswarm has led to her being featured on the Forbes 30 most powerful young change agents of the world.

Explaining the function of Hydroswarm, which is a part of her research thesis, Bhattacharya said, “For advanced searches, underwater navigation needs refined maps, such as Google Maps. This is where my drone comes in. it can map the ocean, sitting on its bed and you can zoom into the tiniest objects- living or non-living. My drone is also equipped with technology to measure underwater pollution.”

The Hydroswarm is a start-up device that fires up swarms of tiny, self-independent underwater drones shaped like eggs. These sister devices act as sensors and can withstand tremendous amount of pressure, as experienced on the ocean bed. They can also be regulated manually or automatically to study topography, aquatic life or pollution.