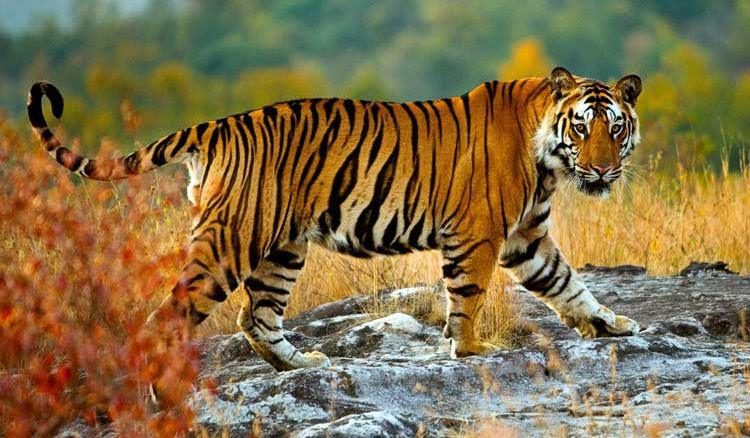 Kolkata couple campaigns to save tigers

Speaking about wildlife, we cannot miss but remember our dear endangered species, Tiger. Every year there is a steep diminution in the gross number of tigers present in India. This is a grave matter of concern, not only for the fellow citizens of our nation but for the entire balance of the environment. This grave affair has thus touched the heart of a couple based in Kolkata, who have opted to set out on a mission across the nation to spread awareness about Tiger reservation.

Rathindra Das and Gitanjali Das have been planning this tour for a while. “we have been eying this mission for the past one year. The lack of planning and its execution took us a while before we finally could set out on this mission”, says Rathindra Das. The mission took the couple across 28 states and 5 union territories of India. In other words, the couple has not only spread awareness in Kolkata but across the length and breadth of the nation.

Funding was a problem at the initial stage. We thought it would be difficult to make ends meet after this mission. Fortunately, our close friends and relatives have stepped up and sponsored our tour”, says Gitanjali. The campaign undertaken by the couple is named, “journey for tigers” and has been successful in convincing 26,000 people to save the endangered species.

“ We have received information regarding the skin and bones trade of tigers which is the base of all the problems of extinction. Incidents of seizures have witnessed a drastic rise over the years”, says a member of an international non-profit organization, TRAFFIC. The initiative taken by the couple has inspired several others to save the endangered species.