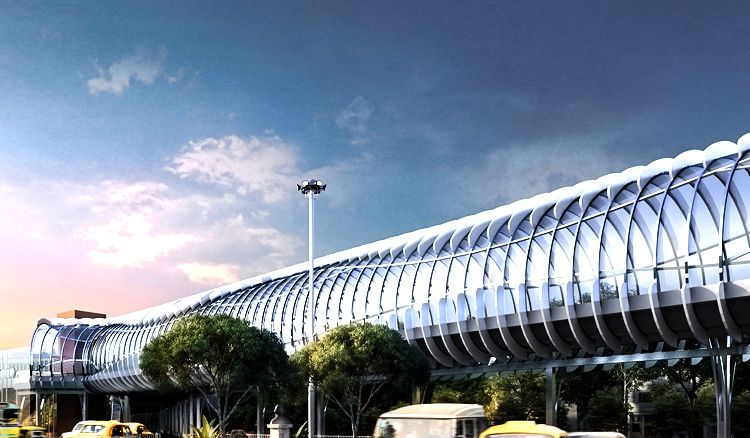 As soon as election process of the 17th Lok Sabha polls was over, Kolkata Municipal Corporation (KMC) has pulled up its socks and initiated beautification process of Kalighat Temple in Kolkata.

KMC mayor Firhad Hakim met members of the Kalighat Temple Committee on Friday where it had been decided that all hawkers around the Kali Temple would be removed for the renovation work and will be relocated after the work is done. A written agreement to this regard will have to be done with the hawkers. It has been found out that hawkers were not feeling confident to move and make way for beautification works unless there was a written agreement done with them and the temple management committee. After coming to know about it, the mayor has given instruction to go ahead with the agreement.

The KMC has plans to put up a skywalk at Kalighat temple like it has been done at Dakshineswar Temple. And for that reason, the hawkers from both sides of the main entrance need to be removed. Talks about their removal were also discussed in the meeting. It has been decided that that KMC on a vacant plot beside the Booster Pumping Station in the vicinity, would put up a hawkers’ market in the shape of a shopping mall, where these vendors would be relocated. KMC has also started talks with the hawkers in this regard. The civic body has taken over the major work of beautification upon an instruction by the Chief Minister Mamata Banerjee but the KMC had earlier announced that the beautification of Kalighat Temple would be done without affecting anyone else’s livelihood within the temple and its adjoining areas.