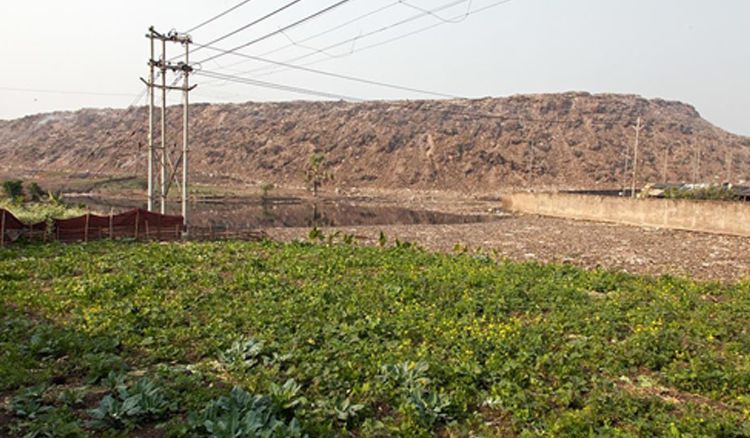 The Kolkata Municipal Corporation (KMC) is currently planning to empty and clear out the landfill site at Dhapa in the next two years. At present, there are two heaps of garbage dumps at Dhapa which look like hills from a distance. One of these two is spread over an area of 12 acres while the other occupies 60 acres of land. The 12 acre hill has been already sealed by the civic body and turned into a green site with dumping being completely restricted there. The other one spreading across 60 acres, however, is the key challenge for KMC. The National Green Tribunal has directed the state government to make Dhapa clean and free of garbage and KMC has to act soon in order to fulfil it. Debabrata Majumder, Member Mayor in Council (SWM) said, "We have also laid emphasis on developing infrastructure for processing waste, right at the generation site. We have already installed some machines in this regard and will soon have four more machines installed. We have already appealed to associations of a number of high-rises in the city so that they take measures to process biodegradable waste right at the site". The Solid Waste Management (SWM) department is treating the garbage by preparing organic fertilisers and biomining the wastes dumped at Dhapa. Approximately 4,400 metric tonnes of solid waste is dumped daily at Dhapa and a company near the landfill site is converting this garbage into organic fertiliser at a rate of 500 metric tonnes per day. A senior official of SWM department said, "The KMC is also processing and biomining 300 MT waste daily at Dhapa and in the next few months will be able to biomine another 600 MT of accumulated waste. The organic waste will be composted and can then be used as a soil conditioner for agricultural activities, and the inorganic material found in the waste such as plastics, rubber, cloth, leather, wood and glass items will be used by the cement industry".