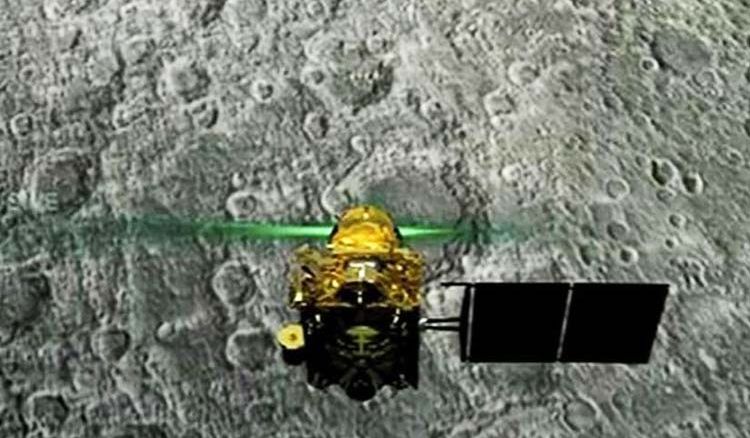 India’s Moon mission Chandrayaan 2 was in its last crucial phase of soft-landing when it lost communication with ISRO mission control headquarters in Bengaluru. The lander was separated from the orbiter, as planned and the lander ‘Vikram’ was in the Fine Breaking phase of its descent just a few kilometres away from the surface of the moon when it stopped sending signals to the mission control room. The Mission Control Room could not regain contact with the lander and had expected that the lander has crash landed on the surface of the moon. But according to the data and images sent by the orbiter and its thermal imaging camera recently, the lander is still intact in one piece and is lying tilted on the surface of the moon. The orbiter is still active and going around the moon at an altitude of 100km sending vital information to the mission control room. It is fitted with a thermal imaging camera which happens to be the highest resolution camera used in any lunar mission so far. ISRO is trying its best to regain contact with the Vikram lander which is carrying three payloads Radio Anatomy of Moon Bound Hypersensitive Ionosphere and Atmosphere, Chandra’s Surface Thermo-physical Experiment and Instrument for Lunar Seismic Activity. This effort to re-contact with the lander will be continued for the next fourteen days, since the mission life of the lander is fourteen days.