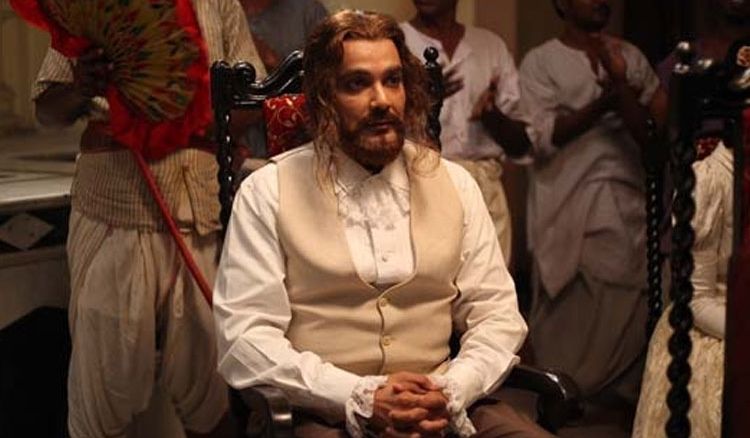 Is Prosenjit Chatterjee hiding one of his looks of Jaatiswar from public?

Stunningly, Prosenjit Chatterjee's recent look consisted of salt-and-pepper stubble, a pair of professor specs along with a colorful bandana, which attracted the cameras. His looks are certainly wow, but it has been learnt that the bandana is not just a fashion statement. Instead, it is hiding one of his looks from Jaatiswar due to some unknown reason.

Sources disclosed that Prosenjit's yet to reveal look from the film is unique, who has a part of his head shaven. In addition, it is believed that he has lost around 10 kg for the role. Moreover, the star, whose character in the movie is inspired by the real-life Antony Firingee, has been under extreme scrutiny over the persona which he is supposed to portray on the screen. It is speculated that it will be modeled on the legendary Uttam Kumar from the 1967 film. Well! The jury is still probing it.

It cannot be ignored that the Tollywood superstar's hairstyle has always been unique in his films. Starting from his suave get-up flanked with gelled, spiky hair in Autograph to the long, disheveled locks of Lalon Fakir in Moner Manush, Prosenjit ensured that each hairstyle adds a new aspect to his character. Do you know? His wavy mane from Mishawr Rahasya has already set pulses racing. Right now, we will have to wait for sometime for that peculiar, partially-shaven head from Jaatiswar to be exposed.