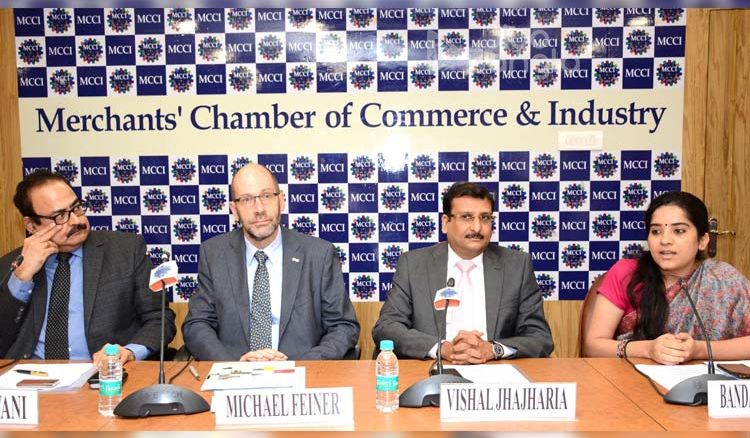 During an interactive session themed ‘Trade & Bilateral Relations between India & Germany’, Dr. Michael Feiner, Consul General of the Federal Republic of Germany in Kolkata said on Monday that Germany and India had balanced trade and with India being the 24th largest trading partner of German, there was a lot of scope for growth in trade between the two countries. 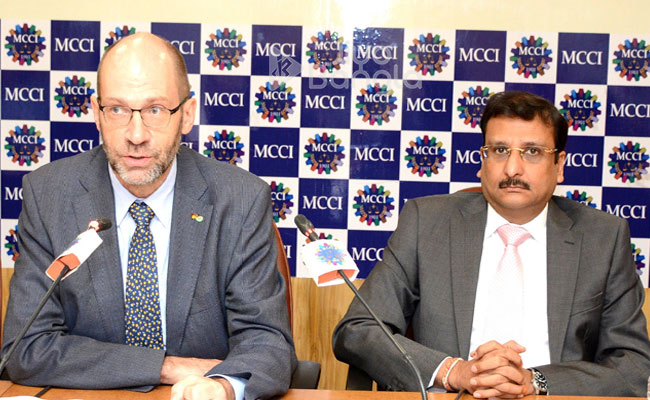 With regard to the relationship between West Bengal and Germany, Dr. Feiner said that the outlook was looking upward but the gradient should be steeper. “Germany can be a huge market for organic products from West Bengal and the Northeast. There is scope in logistics and IT. A very small part, may be 3 or 4 per cent of total German investments in India comes to West Bengal as investors typically invest in areas where there is a track record of success,” he added.

Among other issues, Dr. Feiner said that the number of Indian students has recently tripled to 18,000 in German and tertiary education is free in Germany. Germany holds many trade fairs such as the one in Hanover and Indian businessmen can consider such fairs as a good way for contacting German customers. Lufthansa has no plans of introducing a Kolkata to Europe flight in the medium term, due to its profit motivation.
Bandana Pokhriyal, IAS, officer on special duty, department of industry, commerce and enterprises, government of West Bengal, said that the robust industrial infrastructure in West Bengal included 200 industrial parks in diverse sectors of the economy including energy (natural gas), mines and logistics. The dedicated freight corridors would make operations seamless in West Bengal. The artisans in the state were excellent with their work. She said that anyone with a query regarding investment in West Bengal can contact her office. 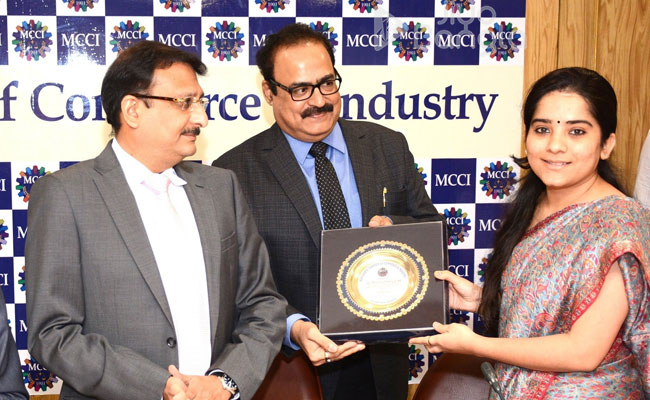 Nari Kalwani, chairman, Indo-German Chamber of Commerce (ERC) said that Germany was a large market and Germans are willing to pay higher prices for good products. “It should be remembered that German buyers are strict about quality and timeliness. If the commitment is there, then German buyers believe in long term relations,” he said.

Vishal Jhajharia, president, MCCI in his welcome address said that India and Germany have a 'Strategic Partnership' since 2001, which has been further strengthened with the inception of the Intergovernmental Consultations (IGC) in 2011 at the level of head of governments which allows for a comprehensive review of cooperation and identification of areas of engagement. India is amongst a select group of countries with which Germany has such a dialogue mechanism. 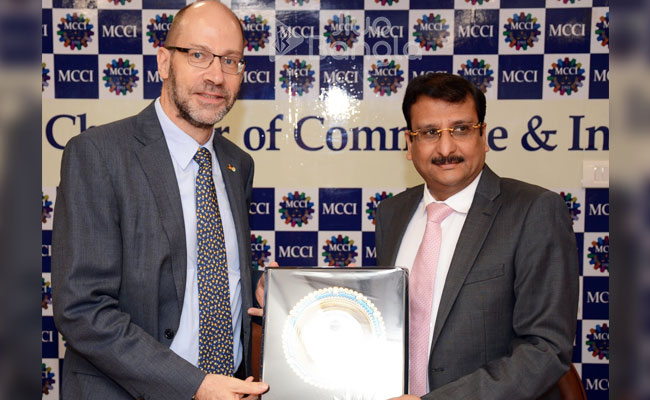 Numerous high level visits and exchanges go on to prove that India and Germany value each other significantly as partners in global geo-politics and trade.
India’s total trade with Germany increased from USD 15 billion in 2007-08 to USD 21.98 billion in 2017-18, reaching a peak in 2011-12 at USD 23 billion.  In 2017-18, India’s exports were worth USD 8.68 billion to Germany and imports were worth USD 13.29 billion. Germany is currently India’s largest trading partner in Europe and eighth largest trading partner overall, with total trade standing at USD 16.02 billion in 2018-19 (April - Nov). India was ranked 26th in Germany's global trade during 2017. Germany is the 7th largest foreign direct investor in India and Germany's total FDI in India from April 2000 until June 2018 amounted to USD 10.99 billion. There are more than 1,700 German companies active in India and over 600 Indo-German joint ventures in operation. Indian corporate entities have invested over USD 7 billion in Germany. There are around 200 Indian companies operating in Germany.
India-Germany engineering trade was registered at USD 12.9 billion in 2017-18 compared to USD 10.6 billion in 2016-17 with a growth of 21 per cent, comprising a share percentage of almost 59 per cent. out of total trade. Engineering exports for April-December 2018-19 is valued at USD 2.49 billion compared to USD 2.23 billion during same period last fiscal registering a growth of 8.4 per cent and a share of 4.2 per cent out of India’s global engineering exports.