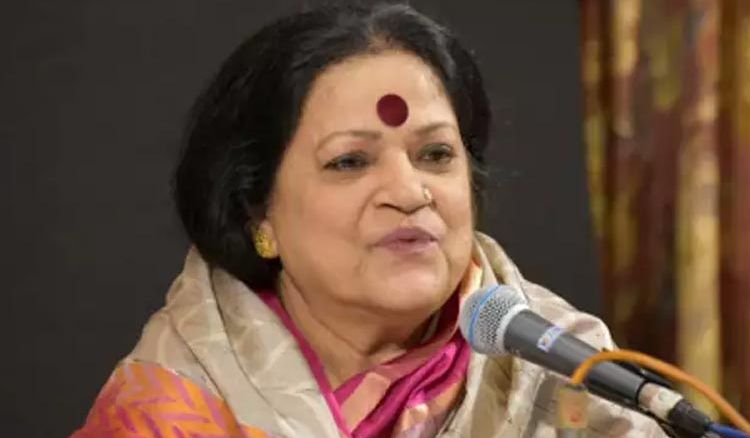 Haimanti Sukla, one of modern Bengali music’s most accomplished personalities turns 73 today. Born in present day’s Sirajganj district of Bangladesh, Sukla started receiving her musical training from her father Pandit Harihar Shukla at a very young age. Her father Pandit Harihar Shukla was a stalwart Hindustani classical singer and this had certainly helped Sukla to become a trained vocalist herself. She was also trained by Pandit Chinmay Lahiri. Sukla is a rare musician in today’s Bengal and a complete genre in herself with an ability to perform classical and all forms of semi-classical music. She is an expert in singing khayal, thumri, ghazal, dadra, chaiti along with Bengali film or modern Bengali songs. Her vocal rendition remains unmatched till date. She has recorded tracks for legendary music composers such as Hemanta Mukherjee, Manna Dey, Salil Chowdhury and Naushad Ali among others. Sukla’s career spans several decades and she has recorded songs not only in Bengali and Hindi but in different regional languages like Oriya, Gujrati, Punjabi, Assamese and Bhojpuri as well. Sukla has thousands of songs along with 50 released music albums to her credit which made her a noted vocalist in the music fraternity of not just Bengal but the country. Her first recording “E to kanna noy aamar” in 1972 with Shailen Mukhopadhyay and Pulak Bandhopadhyay remains evergreen even today. She was awarded the ‘Bangabibhusan’ by the West Bengal Government in 2014. On her birthday today, we wish her a lifetime of good health and prosperity.