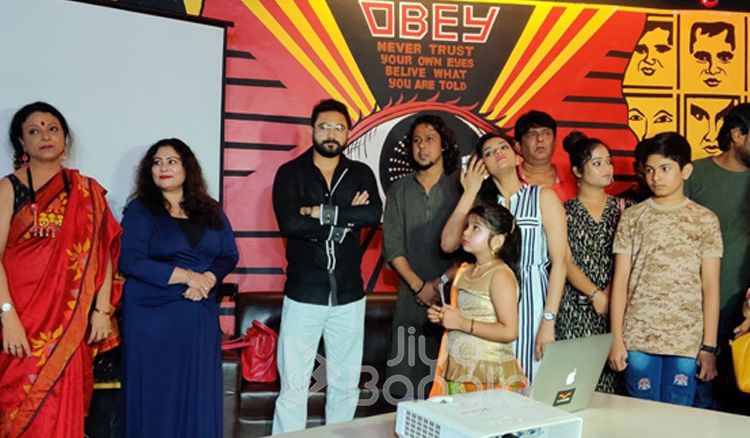 Get ready for 17th September!

Director Amitabha Bhattacharyya launched the trailer of his new movie ‘17th September’ at WWT at Cc2 on 13th August. Actor Soham and Arunima Ghosh play the lead role in this film. Apart from these two actors Anindita,Papiya Adhikary, Biswajit Chakraborty and Ambarish will be playing pivotal roles in this movie.

Apart from Director Amitabha, the event was graced by Soham, Arunima, Anindita and Papiya Adhikary.  The movie ‘17th September’, deals with the problems faced by a nuclear family and how they overcome the hurdles. The trailer presents Neel (Soham) and Labanya (Arunima) as a married couple, who face complications in their personal life due to their lifestyle and expectation from each other. The 1 minute 52 seconds trailer shows the common house-hold problems which the married couple faces and finally head to separation from each other. Speaking with director Amitabha, he said, “We will see Soham in a very fresh and unfamiliar look breaking his commercial image and moving in with an urban look. He has always delivered some brilliant projects and one of the fine actors of Tollywood. On the other hand, Arunima did a marvellous job; she portrayed Laganya’s character like the way I mentioned her during the work. I must say Soham, Arunima and others did a fantastic job.’'

Producer Rupa Dutta said, “I must say we have always tried something different from the time we ventured into cinema making. We present to you Soham in an urban look, he won’t fight the bad guys, make them suffer, rescue the heroine from villain. In this movie the audience won’t find such storyline. In this flick he needs to fight his own demons and overcome the problem which he faces every single day. 17th September is a family movie and we believe the audience will appreciate.”