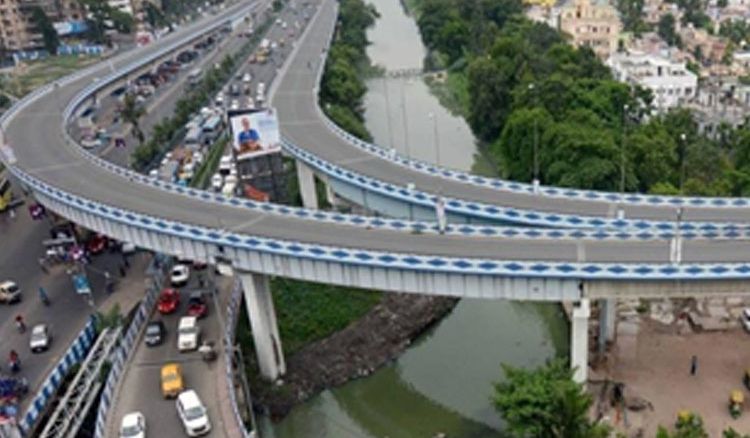 Flyover at Ultadanga to be shut for load test

The flyover in Ultadanga which connects EM Bypass to VIP Road is scheduled to be closed for normal traffic flow for maintenance purposes. The traffic flow on the flyover will be closed from 6am to 10pm on December 1 (Sunday). An officer of the Kolkata Police reported, “The flyover will be closed from 6am to 10pm on December 1 for engineers to carry out load tests on each of the two flanks of the flyover”. The Urban Development Department of the Government of West Bengal had earlier sought permission from the Kolkata Police in order to shut down the traffic flow on the flyover so that engineers could conduct load-bearing tests on it. The Kolkata Police agreed to one day’s closure on December 1 so that engineers can carry out the load-bearing test. Sources in the Urban Development Department reported that Kolkata Metropolitan Development Authority (CMDA) has engaged engineers who will mount fully-loaded trucks on each of the flanks to study the deflection of the deck under static load. A senior engineer of the CMDA clarified, “The results will help in assessing the health of the structure. Since movement of heavy vehicles has been banned on this flyover we expect the load-bearing capacity would be quite high”. Earlier, a portion of this 1.29 kilometre long flyover built by Mackintosh Burn had collapsed for which it has been under various studies since then in order to make sure it is fit for service. The CMDA engineer further said, “After the load-bearing test is completed, we will study the quality of the concrete, the corrosion of iron in the concrete and ultra-sound test of the structure before drawing up final recommendations for overall maintenance of the structure. The CMDA would accordingly float a tender and engage an agency to carry out the maintenance”.