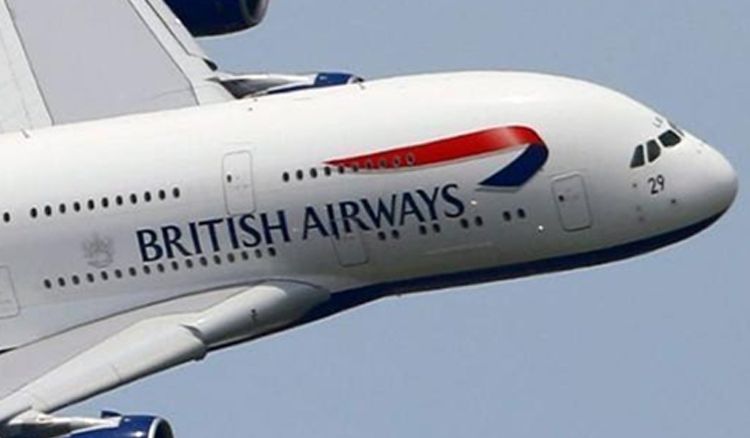 The British Airways has recently set a new subsonic commercial aircraft speed record with a commercial passenger plane flying across the Atlantic in less than five hours. Flightradar24, an organisation which tracks global flights have reported about this new speed record of a subsonic commercial aircraft.  The British Airways flight took off from John F. Kennedy International Airport in New York and landed at the Heathrow Airport in London in just four hours and 56 minutes, thus setting a record. According to Flightradar24, the British Airways flight BA112 accomplished this with a Boeing 747-400 and it took advantage of a well-placed and strong jet stream to cover the distance in less than 5 hours. The average flight time between New York and London is 6 hours and 13 minutes whereas flight BA112 took 102 minutes less than expected. Ian Petchenik, Flightradar24’s director of communications said, “In the winter, the jet stream dips down a bit. It’s kind of in a perfect spot for flights across the North Atlantic to take advantage of it”. The previous record was held by a Norwegian Air flight which took a flight time of five hours and 13 minutes to fly between the two cities. The supersonic Concorde which stopped flying in 2003, used to cover the same distance across the Atlantic in just over three hours. 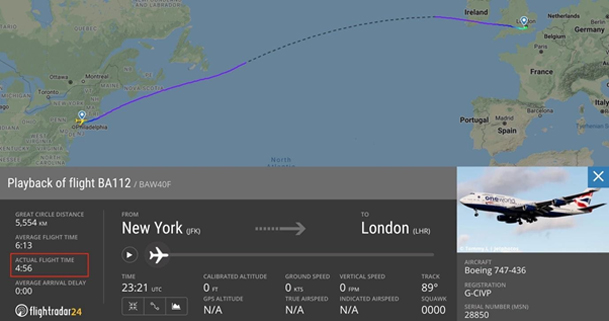