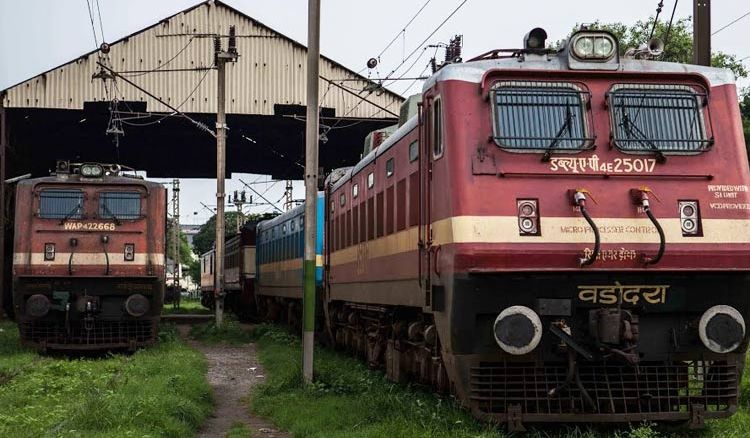 Looking at energy conservation and increasing energy efficiency, the Indian Railways has taken several steps. Union Railway minister Piyush Goyal in a written reply to a question in Lok Sabha on Wednesday had elaborated the various steps taken by the ministry.

Head on Generation (HOG) system has been introduced in trains to reduce diesel fuel consumption in power cars. As many as 350 electric locomotives are equipped with hotel load converters.

Officials said that regular energy audit at consumption points – energy efficiency studies of six production units and four workshops was conducted and up to 15 per cent energy efficiency improvement achieved. This included activities like identification of significant energy saving opportunities, one day training program, zeroing in on potential technology suppliers who can offer energy saving technologies to the units etc.

A lot of emphasis has been put on use of five-star rated electrical equipment and training of loco pilots for use of coasting, regenerative braking features and switching off blowers of electric- locos in case yard detention is more than 50 minutes.

Similarly, diesel locos are also shut down, if expected detention is more than 30 minutes and thereby resulting in reduction of Green House Gases (GHG) emissions.

It was to be ensured that trailing locomotive of multi units (MU) hauling empty freight trains are switched off to save energy.