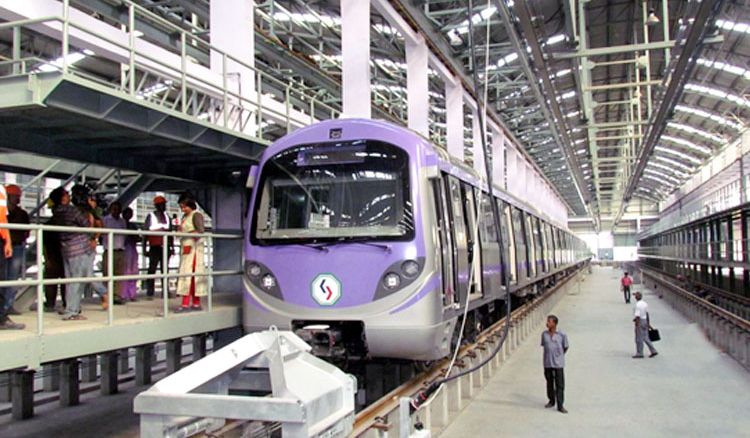 The East-West Metro in order to conduct a trial for emergency evacuation has decided to hire around 350 people. The East-West Metro route will connect Salt Lake Sector V with Howrah Maidan and the tunnels at certain sections go under the river Hoogli. The operations of the East-West Metro are expected to start from June, but not before these mandatory evacuation drills are performed. A Metro official said, “The trial with passengers is part of a mandatory drill, without which the first phase cannot be made operational. The trial will give us an opportunity to gauge how fast a packed coach can be evacuated if the train is stuck between two stations”. The rakes built by Bangalore-based BEML for E-W Metro have six coaches each and a single rake can accommodate 2,078 people, meaning a single coach can accommodate 347 passengers. Hence at least 350 people are required to be on board the train for a successful evacuation drill. But according to the Metro officials, getting hold of 350 people for this drill is a massive task, so the Metro officials had approached a few colleges so that their students can volunteer for this drill. However, there were problems - like the college authorities not being exactly sure if the required number of volunteers would turn up on the trial day or not and the test run date clashing with summer holidays or semester exams. There was also an issue regarding the insurance of the people participating in the drill. Keeping in mind all these issues, the Metro officials have finally decided to hire people from an agency that provides guards and other personnel to organizations.