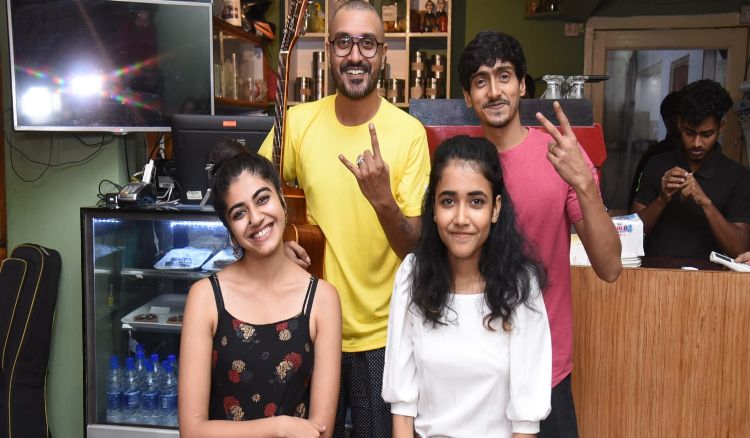 Director Sourav Palodhi is coming up with a new web-series ‘Kholam Kuchi’ which revolves around a sweet love story. One of the songs from the web-series ‘Pagol Naki’ has already been released on digital platform and has been well appreciated by critics. The two main characters of the series have appeared on the video of the song, actor Anindya Sengupta and actress Shreya Bhattacharya have played the two roles.

The plot dwells into a story where the two characters want to stay together before marriage since they wanted to figure out how much they deserve each other. Since both of them belong to the outskirts, poverty is one factor that comes in between the both and they face several obstacles while living together. In order to figure out what future holds for the couple, one has to watch the series ‘Kholam Kuchi’ on OTT platform.

Apart from Anindya and Shreya, the series also stars Arpita Ghosh, Senjuti Roy Mukhopadhyay, Sulgna Nath, Sucharita Manna, Subhankar Ghatak. The story is written by Saumeet Dev and Saurabh Palodhi. Music has been directed by Devdeep Mukherjee and Tarisha Mukherjee. Devdeep Mukherjee has sung the song 'Pagol Naki'. The web series is produced by independent content production company 'Uribaba' and will be released on their own digital platform.