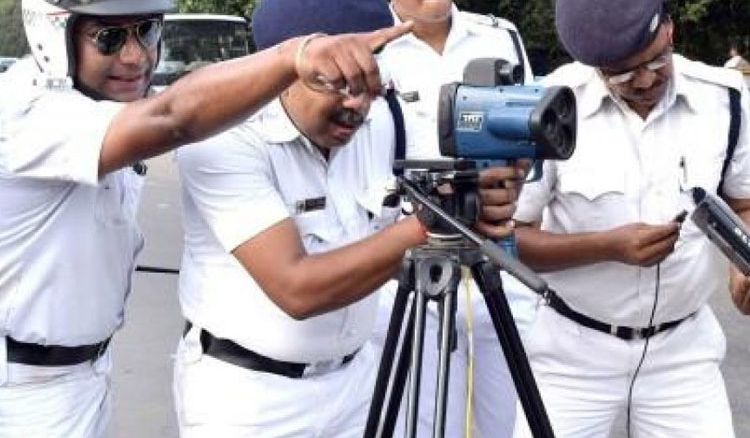 The Kolkata Police is currently chalking out new plans in order to curb accidents taking place in the city. Though death related to road accidents have come down in the city from 407 deaths in 2016, to 329 in 2017 and 294 in 2018; non-fatal accidents were continuing to happen. Many people who suffer injuries due to these non-fatal accidents later die in hospitals which raise the death count related to road accidents. The police headquarters have asked its officers-in-charge of traffic guards to study the details of road accidents taking place in their area and to suggest a remedy in order to prevent such incidents. At a meeting in Lalbazar, a senior IPS officer told the officers-in -charge of the traffic guards, “Immediately after an accident, try to find out whose fault it was. If there are certain changes that need to be made in terms of traffic furniture, traffic signals, road-markings or road engineering in the area, draw up a list so they can be done”.

The traffic department has pointed out few places which are accident prone, like Basanti Highway near Science City which falls under State Highway No. 3 where at least nine people have died in 18 accidents in the last three years. The stretch happens to be an accident prone area due to the sharp bends, potholes and absence of proper signage. Kolkata Police have started regulating speeds of vehicles travelling down the stretch and have installed speed-breakers in that stretch. Similarly, the traffic department has also pointed out Ballygunge Circular Road where vast stretches of trees pose a challenge to traffic signals and makes them less visible from a distance. As a result of which, it has been decided that the branches of the trees would be trimmed with the help of a hydraulic ladders. Some officers have also raised concerns of fog settling around Maidan area in the winters which accounts for poor visibility on JL Nehru Road. An officer of the traffic department said, “There are certain aspects of road engineering that can be worked out with the help of civic body and the PWD. A median cut can be made slightly wider or more lights can be installed at a certain stretch to bring down accidents”.