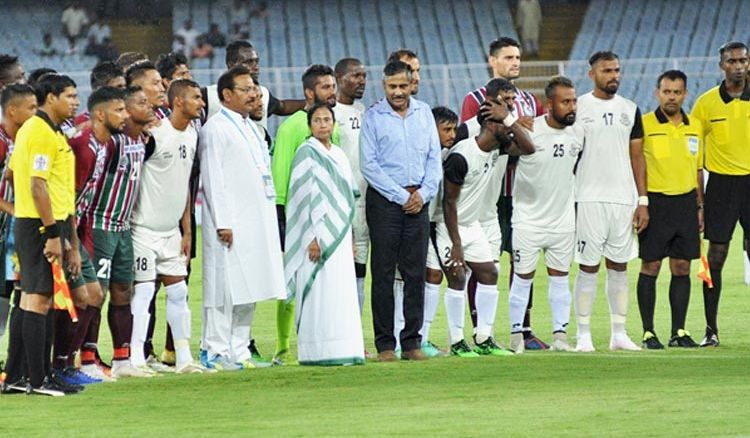 Chief Minister of West Bengal, Mamata Banerjee has recently inaugurated the Durand Cup which is taking place for the first time in Kolkata, in 129 years history of the cup. The Durand Cup is the oldest football cup of Asia. It is organized by the Army and it usually took place in Delhi. The cup is being hosted in the Yuba Bharati Krirangan, where the Chief Minister Banerjee visited and was introduced to the players of Mohun Bagan and Mohammedan Sporting. The CM had earlier invited people to come and see the inaugural match in the Yuba Bharati Krirangan while addressing people at Netaji Indoor Stadium to celebrate the centenary of East Bengal Club. The venue where the matches are taking place has undergone a makeover. Yuba Bharati Krirangan has evolved in the last few years and had earlier hosted World Cup Under-19 matches, including the final. FIFA representatives had visited the stadium and praised for the state-of-the-art infrastructure. The balls which are being used in the cup are manufactured at two places in Howrah and these balls are even exported to foreign countries.