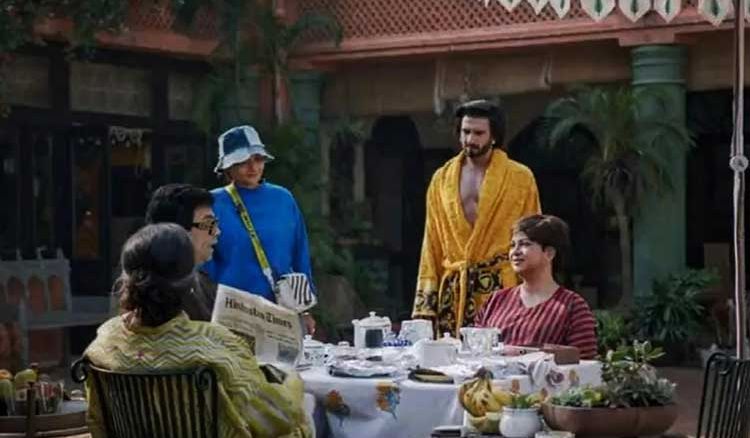 Churni Ganguly, one of the iconic faces of Bengali television industry has joined the cast of Karan Johar’s ‘Rocky Aur Rani Ki Prem Kahani’. Ganguly, a veteran actress had started her career in Mumbai where she had appeared in television serials like ‘Raahat’ and ‘Choti Si Asha’. Later, in 2004 Ganguly moved back to Kolkata and appeared in her debut Bengali film ‘Waarish’ by Kaushik Ganguly. She has even worked in Bengali TV serials which have added to her fame.

Now, she will be appearing in Karan Johar’s ‘Rocky Aur Rani Ki Prem Kahani’ along with actors Ranveer Singh and Alia Bhatt. Recently she has posted on her social handle behind-the-scene images with the leads Ranveer and Alia along with director Karan Johar. Churni posted, “Simply elated to share the floor with legends like Dharmendra ji, Jaya Bachchan and Shabana Azmi, and of course, Alia Bhatt and Ranveer Singh, both exquisite actors and absolute sweethearts. #rockyaurranikipremkahani, directed by none other than the immensely warm @karanjohar, coming to you with much lovey-dovey aplomb, in 2023!”

‘Rocky Aur Rani Ki Prem Kahani’ will be produced by Dharma Productions and will also cast Dharmendra, Jaya Bachchan and Shabana Azmi in key roles. Tota Roychowdhury, another celebrated face of the Bengali television industry will appear on the film as well. The film is tentatively scheduled to be released around February 2023.