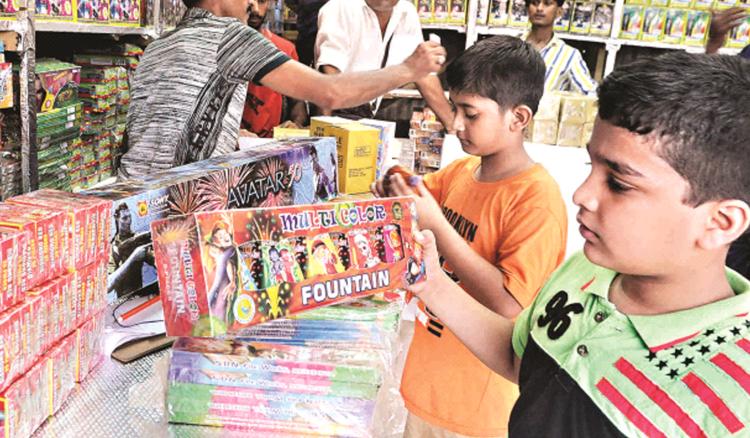 The Baji Bazar has kicked off from October 22nd at Maidan and for the first time since it began in 1996, it will be selling crackers beyond Diwali. The firecrackers fair will remain open till October 27th. Usually the shopkeepers wrap up their business on Diwali evening following which they join the Diwali celebration with a display of fireworks. But this year, the fair will be selling crackers till 10pm the day after Diwali. Santanu Datta, joint secretary of Burrabazar Fireworks Dealers’ Association said, “Kali Puja and Diwali are being celebrated on Sunday. But Baazi Bazaar will continue to trade in crackers till 10pm on Monday. Kolkata Police has given us permission to operate till then”. The traders who have set up stalls at the fair expect some additional sales for Chhath Puja on the extra day. However, sudden showers which has hit the city have worried the stall owners. Sushil Kumar Golcha, association member of Burrabazar Fireworks Dealers’ Association said, “We were rooting for the venue to be fixed on Maidan for its central location and were hoping to make up for the losses incurred last year. But nothing can be worse than rain. Though the Met office has said it will remain dry on Kali Puja-Diwali, if rains persist in the run-up to the festival, customers will be wary and won’t make any substantial purchases”.