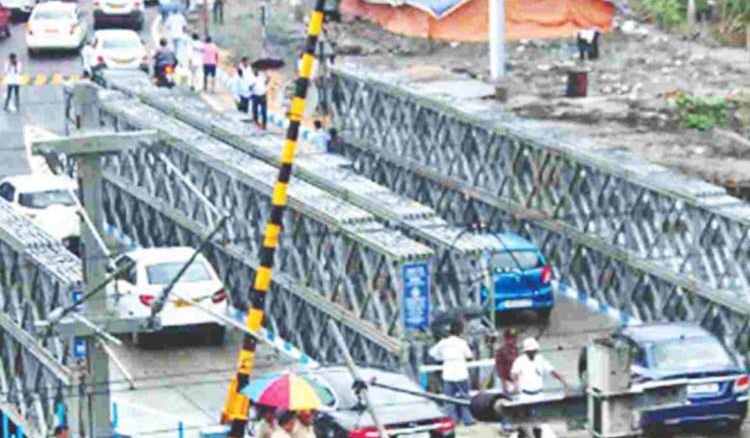 Bailey Bridge Traffic Rules May Be Altered for Puja

Bengals most important festival of the year, Durga Puja is just a few days away and Bangali’s are also preparing intensely for the festive season. The citizens are more than ready for the pandal-hopping to start showcasing their new outfits. However, along with the people the traffic rules during the Durga Puja will also go through a makeover before the crowd finally starts their celebrations.

Due to the huge rush of crowd and vehicles alike throughout Kolkata, several traffic restrictions are put up all over the city during this time of the year. After the Majherhat Bridge fallout, Bailey Bridge have been a substitute for vehicles travelling from Behala and New Alipore to Alipore. However, the traffic rules till now for Bailey Bridge remains for specifically 6-hours in the evening.

For Durga Puja, the bridge will have new traffic rules allotted. Cars are to enter from Bailey Bridge for renowned pandals in Behala and New Alipore area but will have to take up Durgapur Bridge to head back or visit other Puja’s in Chetla-Rashbehari area. If possible Chetla Lock Gate bridge will be opened during the time for only two wheelers, to ease the traffic to certain degrees.

Final decision lies in the hands of KMDA, and the traffic rules are also to be set by them and nothing can be assured before the decision comes out. The only problem with Bailey Bridge remains is when trains will be passing and the vehicle movement comes to a standstill, which is why the momentary opening of Chetla Lock Gate have been asked for, but with some restrictions in place.