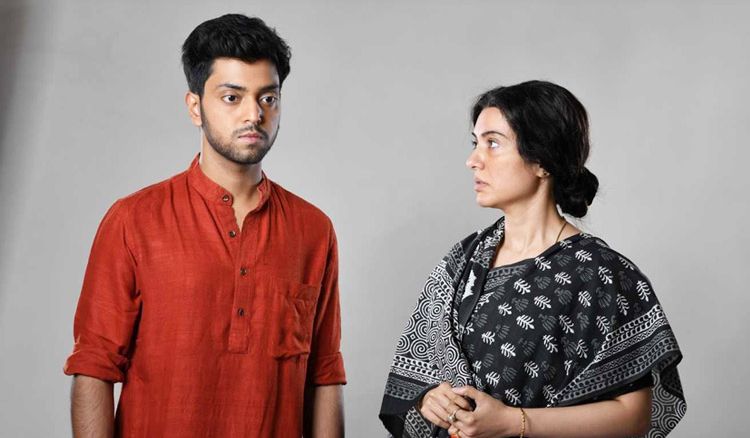 Arpita Chatterjee In A Mother-Son Tale

Arpita Chatterjee, last seen on the Bengali screen in Saibal Mitra’s “Chitrokar” (2016) is all set to return in a new film directed by Arjunn Dutta.

The movie is all about the mother-son relationship between Indra (Anubhav) and his mother Sathi (Arpita). It narrates the journey of Indra from adolescence to adulthood. A chain of unexpected events makes Indra the man he was never supposed to be! The movie is about how the protagonist goes through several problems and how he and his family survive the harsh situation life throws at him.

“Abyakto” has Anubhav Kanjilal, Adil Hussain, Anirban Ghosh and veteran actor Lily Chakraborty in the lead roles. The movie will bring out various shades of the relationship between Sathi (the mother), Kaushik (the uncle) and Indra (the son). Young artist Samontak Maitra plays the young Indra in “Abyakto”.  The film is an attempt to explore loneliness, love, regret and the search of one’s identity. The film, titled “Abyakto” is likely to go on the floor later this month. The music will be composed by Soumya Rit Nag and Joy Supratim will do the cinematography.