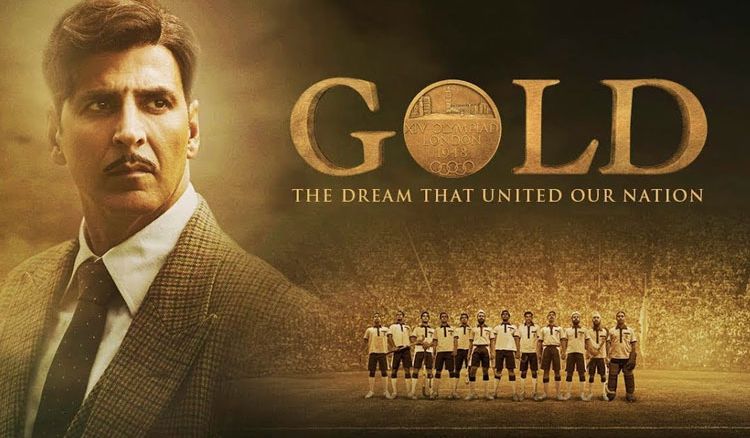 Akshay Kumar’s new movie GOLD remembers that glorious time, when the Indian men's hockey team won the country's first Olympic medal as a free nation in 1948 at the 14th London Olympiad.The movie shows the journey of Tapan Das, a young assistant manager in 1936.

When our victorious team returned to the country, they received a grand welcome. The victory celebrations went on for days and came to an end in Delhi, where Prime Minister Jawaharlal Nehru and President Rajendra Prasad attended the winning team's exhibition match at the National Stadium.

Now Akshay Kumar has been busy travelling the country with Mouni Roy to promote GOLD.

Recently he landed in Kolkata with her and teased us with a picture of them mentioning that a treat for us is on the way. As we kept guessing what that special ‘gift’ is, he released the song ‘BolteParini’, the Bengali version of the much loved song ‘Naino Ne Baandhi’ from the Gold.

This song has been penned by Chandrani Ganguli and composed by Arko. The movie is set to release on the 15th of August.