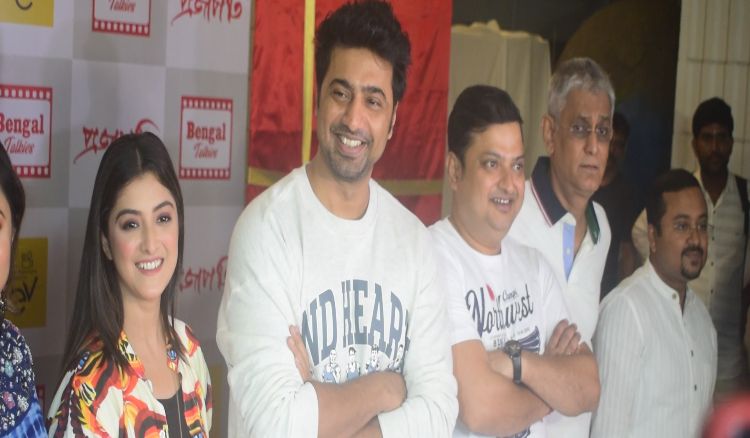 Abhijit Sen's film ‘Tonic' was a big hit at the Box office and now he’s back with another film ‘Projapoti’ starring the superstar Dev. Apart from Dev, the film will also feature veteran actor Mithun Chakraborty. Shweta Bhattacharya, a well-known face of the Bengali television world, will be seen opposite Dev. This happens to be Shweta's first Bengali film. The film's poster launch event took place recently and was attended by the director and the crew of the film among others. Projapoti is a family-based film and the poster of the film features both the actors Mithun Chakraborty and Dev. Actress and dancer Mamata Shankar will be seen opposite Mithun Chakraborty after almost 47 years which gives a hint that the audience will get a chance to see many surprising turns in this film.

In addition to Dev, Mithun Chakraborty, Mamata Shankar and Shweta; Vishwanath Bose and Kaninika have played important roles in the film as well. Anupam Roy, Surjit Chatterjee and Rathjith have made the film's attractive music tracks. The screenplay and dialogues of the film are written by Subhodeep Das. Produced jointly by Bengal Talkies, Dev Entertainment Ventures and Pranab Kumar Guhar, this film will release during Christmas.