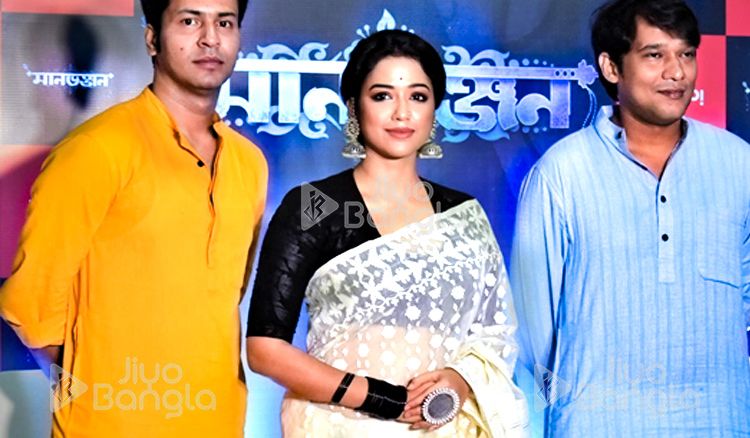 Renowned director Abhijit Chowdhury has directed this web series and the lead casts are Sohini Sarkar, Anirban Bhattacharya and Amrita Chattopadhyay.  The story ‘Manbhanjan’ written by Tagore, will showcase the Babu culture. The plot of ‘Manbhanjan’ is about Giribala, a house wife who leads a lonely life in her in-law’s house. Giribala and Gopinath (Anirban Bhattacharya) had a loving, romantic relationship when they got married, but situation changed when Gopinath fell out in love with his wife. Soon, he started seeing a glamorous theatre actress, Labanga. The charm of Giribala’s beauty no longer mesmerized her husband. Frustrated with daily negligence, she leaves her house right after Gopinath elopes with Labanga.

The director said, “Manbhanjan will showcase the babu culture and it is considered to be one of Tagore’s important creation. There won’t be any improvisation or alternation in this one.” On the other hand, the beautiful and elegant beauty, Sohini said, “Well, this is my first series with Hoichoi. For sure the character is very different form the characters I played before.”

Question remains will Gopinath ever cross path with his wife or will they just remain  ‘strangers with familiar face’?