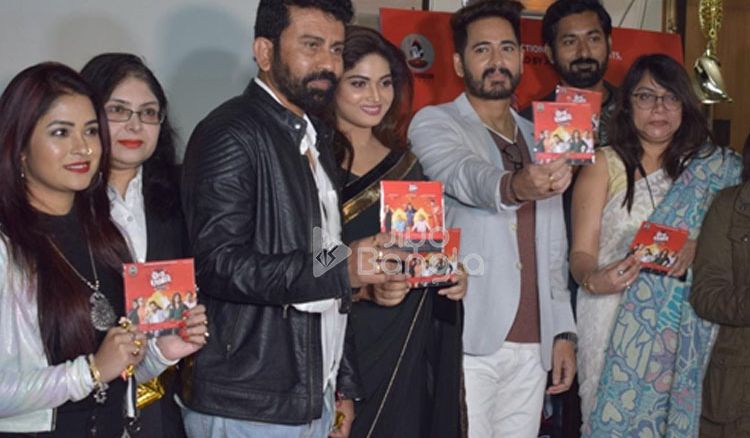 What will happen to Adi and Diya’s love story?

Director Nehal Dutta crafted something beautiful, funny and laughable for audience. On 30thDecember, 2019 a press conference was held for the trailer and music launch of Nehal Dutta’s new comedy film ‘Jio Jamia’. The film is presented by Jyoti Production-Kolkata, produced by Joydeb Mondal.

The story goes Diya, a young & jovial girl works for Jyotirani Devi's Company in Vizag, which is completely operated by female employees. However, Jyotirani Devi's daughter, Premarati Devi was compelled to appoint a man as the company’s regional head, named Aditya Roy. Aditya was raised by his uncle in the UK ever since his parents got divorced at an early age. As time goes by, Adi finds love in his colleague Diya. She made Adi think that she belongs to a happy family. However, fate had something else in store as Adi soon found out that the reality was completely different, which also began to trouble their relationship. To save their relationship Adi & Diya decided to put up an act, which leads to a series of the comedy of errors, eventually reigniting the lost love between Diya’s parents.

Apart from the director, actor Hiran Chatterjee, Ishani Ghosh and Moumita Chakraborty were present at the trailer launch. Speaking with Hiran, he said, “A series of comedy of error will follow. I guess the audience will enjoy Jio Jamai. Thanks to the director and cast for creating an ambience which is really great. I am sure the audience will love it.” Apart from Hiran and Ishani, stellar cast Rajatabha Dutta, Biswajit Chakraborty, Tulika Basu and Sumit Ganguly will play key roles in the movie.The movie is slated to release on 10th January, 2020.