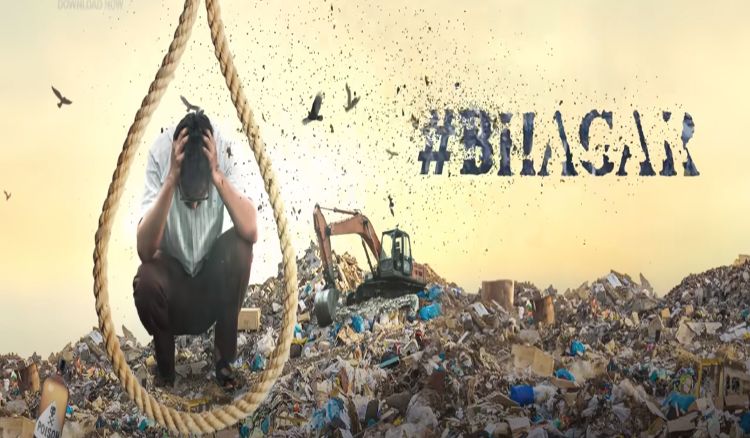 Director Rajdeep Ghosh is coming up with a new web-series based on the bhagar incident in West Bengal. The name of the series is ‘Bhagad’ and the plot revolves around a serial killer named Idris Ali who runs the business of supplying rotten carcass meat from the Nonadanga’s bhagad to the eateries around the city. Amidst all these, Idris appears in a YouTube video and a YouTuber named Anirban after seeing Idris in a video, goes around the city looking for him. But will Anirban be able to find Idris and bust the illegal and unethical business? To know what happens towards the end of the series, one has to watch the web-series ‘Bhagad’. Recently the premiere of the web-series took place in presence of the director and the cast. The web-series depicts the lives of many characters and thus has an engaging storyline. ‘Bhagad’ casts actors like Sabyasachi Chowdhury, Rajatava Dutta, Aindrila Sharma, Amlan Majumdar, Biplab Bandopadhyay, Pritam Das, Pooja Sarkar, Shakti Dey, Mou Bhattacharya and Sumanta Mukhopadhyay. Sabyasachi has played the role of Paresh and Rajatava Dutta portrayed the role of Idris in the series. Story, screenplay and dialogues are written by Amlan Majumder. Cinematography has been done by Sudipta Majumdar. Munmun and Anushka have designed the costume for the actors and Pranjal Das has given the music direction. The web-series is currently streaming on OTT platform.