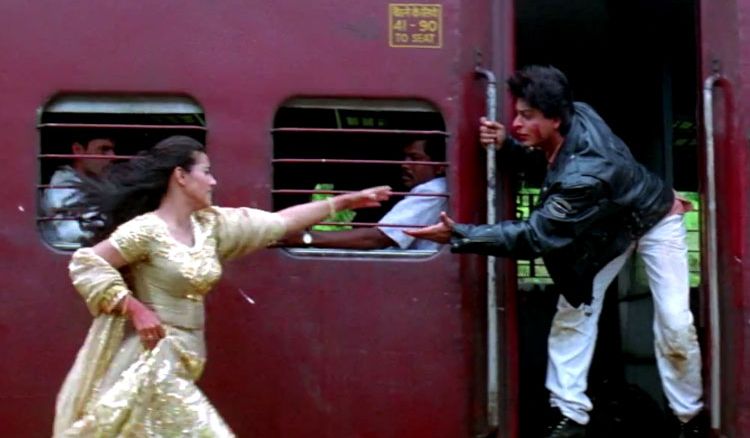 The mess behind the celebrated train scene in DDLJ

Don’t break your heart when you get to know the perfect train scene of DDLJ that you have watched and rewatched, like a thousand times was a mess to shoot. The train scene is worthy enough alone to watch the entire movie, just to hear Simran’s (Kajol) stubborn father (played by Omresh Puri) mouth the words of her desire “Jaa Simran jaa, jee le apni zindagi.”

Kajol, recently on an interview with Huffington Post has revealed the difficulties in shooting that scene. Every time the scene had to be retaken, the train would take nearly twenty minutes to go and then come back again. The entire crew had to wait again under the scorching heat. Kajol’s attire and her frizzy hair made it all the more difficult for her to bear everything in place. The scene is every bit special and one of the most renowned scenes in the history of Indian cinema, but all the crankiness behind the scene is something she remembers till date. During the interview, she laughed saying Raj could have simply pulled the chain and released me of all the craziness. However, had it not been for Aditya Chopra, she said, the scene would never have made its way on to the screen and left an indelible imprint on millions of fans.

Well, we can just thanks Aditya Chopra for gifting us such a heart rendering moment.

Will Radhika be able to find her fiancé?

Dr.Ujaan and Hiya are back!

Raj Chakraborty is here with his new project ‘Habji Gabji’