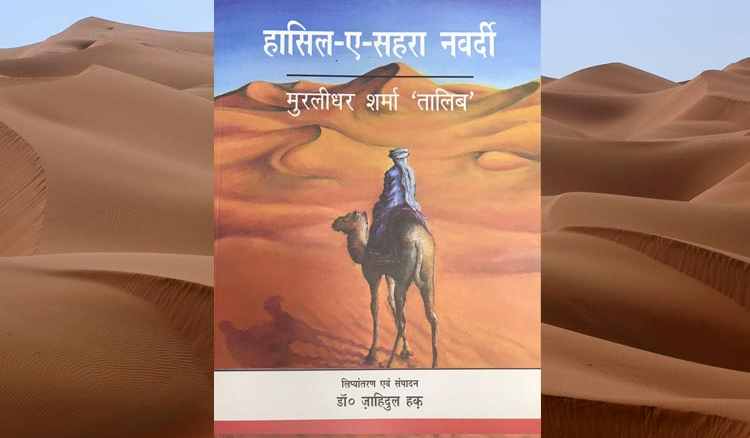 It was a poetic justice of sorts. Literally for Murlidhar Sharma, deputy commissioner of Kolkata Police (Special Task Force) as Chief Minister Mamata Banerjee lauded him for his first book on poetries at the 42nd edition of International Kolkata Book Fair on January 30.

At the same event in a different venue on 2010, Sharma was reprimanded by a stall owner for being ‘over curious’. Sharma, additional SP (Industrial) then, was in charge of supervision of putting up of the fair which had changed venue from Maidan in central Kolkata to Milan Mela Grounds in east Kolkata. He noticed that there was a crowd in front of a stall where the book of a reputed author was being released. Being naturally inclined towards literature and poetries, the IPS officer tried to have a glance of the goings-on but was asked to leave by the stall owner, as he thought that the man in uniform was intimidating other visitors. An altercation had followed as Sharma tried to put forward his point but he had left, finally.

On Wednesday, after Mamata inaugurated the book fair, she visited the Kolkata Police stall where she flipped through ‘Haasil e Sahranavardi’ (What is retrieved through wandering in a desert), a book on Urdu poetries penned by Sharma. She turned to state urban development minister Firhad Hakim and said, “Look, he has written in Urdu. ‘Shabbash’.”

Asked about the incident seven years ago, Sharma said, “Yes, something like that did happen but I would not like to talk about it anymore.” The disarming smile of the tall, fair and handsome officer told the rest.

Hailing from Haryana, this 2005 batch IPS officer had been a ‘renegade child’ of the family by taking to learning Urdu than wrestling. Writing under the pseudonym of Talib, he said that his book is already doing well and was available on e-retailing sites as well.

London, Get Ready For Durga Puja!