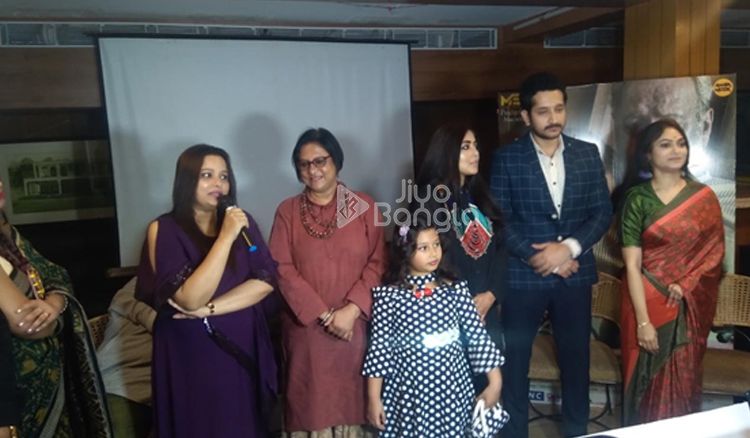 Legendary actor Soumitra Chatterjee and Parambrata Chatterjee have once again teamed up after Param’s latest directorial ‘Shonar Pahar’. They play the lead roles in this film. Apart from these two brilliant stars actress Gargee Roychowdhury will be seen as Soumitra Chatterjee’s on-screen wife. The movie deals with the problems today’s generation faces and the issues related to the older people. ‘Sraboner Dhara’ deals with those who take care of patients’ suffering from Alzheimer or dementia. The mystery slowly unfolds whether Gargee is actually Soumitra’s wife or someone else.

The film is based on a short story ‘Between Raindrop’ by Dr Subhendhu Sen. The movie was screened at the 25th Kolkata International Film Festival.