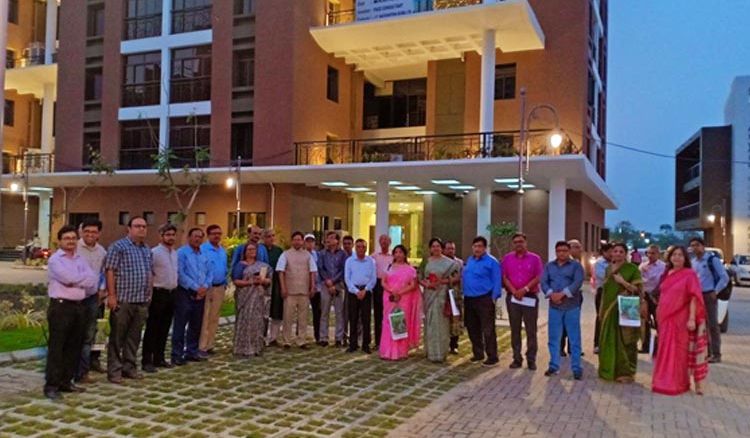 Snehodiya: A place filled with love

West Bengal State Government has taken a great initiative for the senior citizens. The news of home for elderlies was announced last year only and it has been titled as ‘Snehodiya’. Snehodiya was inaugurated on 25th June. The project was under the West Bengal Housing & Infrastructure Development Corporation or HIDCO. The building has been built in Bengali style with rooms around a courtyard. It’s a mix of modernization and nostalgia.

There are 57 double bedroom suites and 90 single bedroom suites. They are all well furnished and air-conditioned, with television and cable connection. The building also has a guest house with six rooms. The building has its medical unit on its ground floor. Each floor has attendants and nurses connected to the medical unit on the ground floor. The building also has professional housekeepers and it comes with laundry machine services also. There are many senior citizens who invest their time in teaching children from economically weaker families, there is an arrangement for that; an activity center with enough space for teaching classes.

There is a park opposite the Snehodiya, which is for the senior citizens called Swapno Bhor. Swpno Bhor park is also a project of HIDCO. The campus has an ATM of the State Bank Of India and a general purpose stationary shop. 75 percent price paid during the entry will be refunded in case they leave.