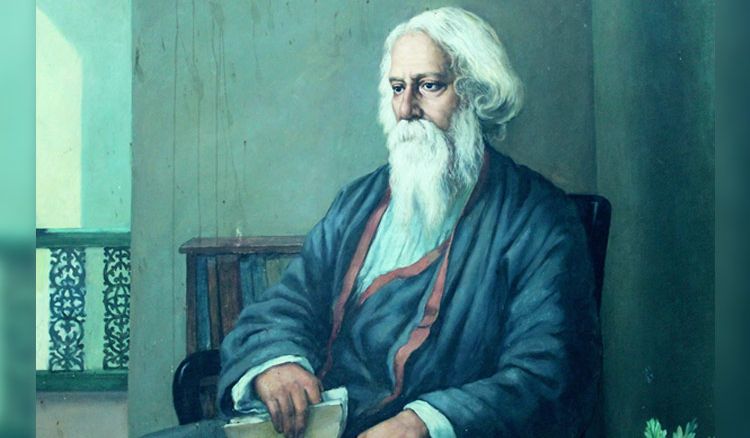 With words he could perhaps do more than any other man of his time or even today could.

“Baishe Srabon” – today marks the 78th death anniversary of Kobiguru Rabindranath Tagore, a prolific writer with works ranging from poems to songs and from plays to novels. A multi talented personality, Tagore began writing when he was only eight years old. He was only sixteen years old when his first collection of poems released under the pseudonym- “Bhanu Singha”. He passed away on 7th August 1941.

Asia’s first Nobel Laureate, Rabindranath Tagore is considered to be the architect of Bengali literature, music and art. Even 78 years after his death he is still remembered for his massive contributions to this world. Kobiguru is known to be the only person who penned down national anthem for three countries- “Jana Gana Mana” for India, “Amar Shonar Bangla” for Bangladesh and “Nama Nama Sri Lanka Mata” for Sri Lanka.

Through his writings and through the remarkable life he lived, he defended the idea of intellectual freedom. A highly individualistic thinker, he never lacked courage to challenge dominant and stereotypical ideas.

Tagore emphasized on the concept of compassion and his vision transformed the small village into and unique university town- ‘Shantiniketan’ that draws visitors and educationists from all over the world. He established Vishwa Bharati University in the year 1918.

Among thousands of poems and stories, Tagore is remembered for his profoundly fresh and heart-touching verses of ‘Gitanjali’, for which he became the first non-European to win a Nobel prize in 1913. Apart from his plays like Raktakarabi and Daak Ghar, Gurudev also wrote short stories like Galpaguchcha, Kabuliwala, Postmaster, Bhikharini and others. The great scholar even penned down novels like Noukadubi, Ghare Baire and Chokher Bali, which were later adapted into movies. His works also inspired Oscar-winning filmmaker Satyajit Ray.

Tagore was not only a legend, but he was also a global persona who is still alive in our hearts, reminding us the true value of being Bengali.