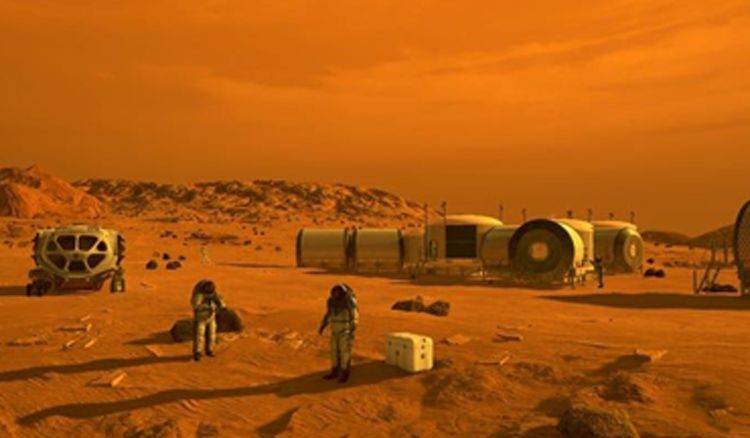 People to settle on Mars?

SpaceX CEO Elon Musk has expressed that he intends to transport humans to Mars and wants them to settle there. The engineer and technology entrepreneur has reported that he wants to build 100 star-ships every year. Musk wants to use this reusable star-ships to fly around 1,00,000 people to Mars. He plans to send the star-ships to Mars from Earth when the two planet’s orbits would sync. Musk had earlier shown a presentation at the company's launch facility in Cameron County, Texas about the company’s ambitious timeline. The presentation also showed 11 years of the SpaceX’s journey and the day after SpaceX's first rocket, the Falcon 1, first delivered a payload into space. The new star-ship system is designed to be fully reusable unlike the Falcon 1. Musk believes that reusable orbital rocket systems will be key to making space travel practical and affordable. He believes rockets will need the ability to make multiple trips to space and back. According to Musk, synchronous orbit will also help in space travel. A synchronous orbit is an orbit in which the orbiting object takes the same amount of time to complete an orbit as it takes the object it is orbiting to rotate once. Earth and Mars, like all the other planets rotate in an orbit with Sun at its centre and once in every 26 months, the orbit of Earth and Mars comes closer, shortening the travel distance. Musk seems to be very confident about his plan and he says,”Starship design goal is 3 flights/day avg rate, so ~1000 flights/year at >100 tons/flight, so every 10 ships yield 1 megaton per year to orbit”. Though Elon Musk is quite confident, the plan of settling humans on Mars seems to be farfetched for now. 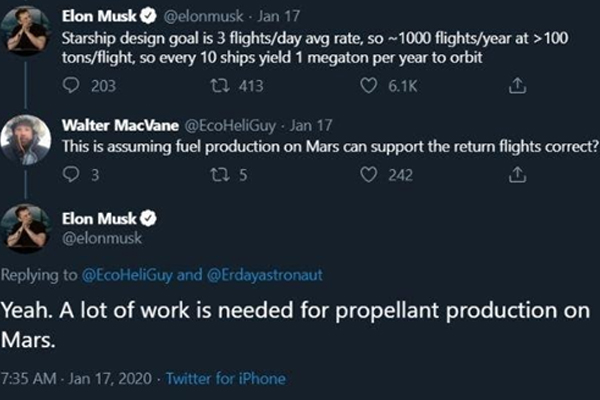