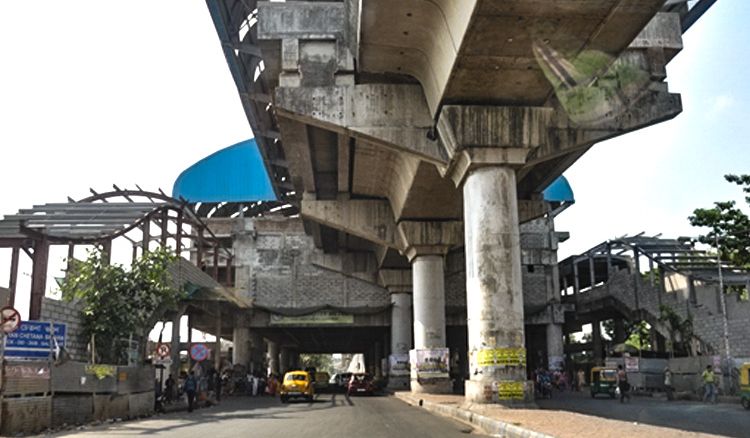 Kolkata Metro Rail Corporation (KMRC) is having a hard time to put into place two extra emergency gates for two of the new East West Metro stations – one at Bengal Chemical station and the other at the Salt Lake stadium station. The two extra emergency gates have been recommended by the fire services department for safety issues. What’s preventing the KMRC in setting up these sets of extra two emergency exits is the resistance from the encroachers residing in the Duttabad slum. These resistances related to land were faced by the KMRC earlier too, due to which the project was at a halt for five years till the State Government relocated these slum dwellers. The same issue has popped up once again, this time relating to two sets of extra exits of the new metro stations. The fire services department had conducted an inspection last month and asked for these two extra exits, following which KMRC and KMDA (Kolkata Metropolitan Development Authority) conducted a joint survey to locate spots for the exits. It was during the survey that KMRC and KMDA realized that the encroachers were not willing to vacate the place for those exits. A KMDA official said, “The matter has been communicated to the fire department. We hope the authorities will understand and issue the mandatory fire safety clearance without insisting on the extra exits, especially when the elevated stretch is about to be commissioned”. The fire services department has been made aware of the current situation and an official of the department said, “We have been insisting on two extra exits because they were there in the original plan. However, when there are land issues, and the state government, too, is helpless, we must go by the number of existing exit points”.