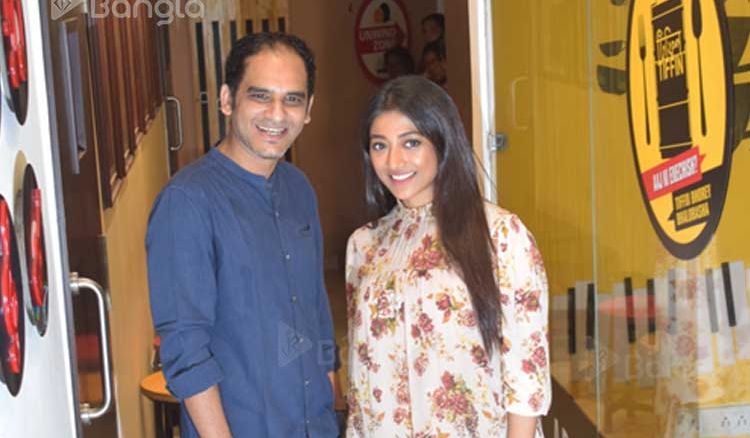 Meet the new detective in town

The star-cast of ‘Shantilal O Projapoti Rohoshyo’, Ritwick Chakraborty and Paoli Dam along with director Pratim D.Gupta launched the trailer of this much awaited thrille. Apart from the star-cast, film producer Sanjay Agarwal and the director, music composer Arko graced at the launch. Speaking about the movie, ‘Shantilal O projapoti Rohoshyo’ is a detective thriller quite different from ‘Byomkesh Bakshi’ and ‘Prodosh C.Mittra’.  Ritwick’s character Shantilal Bhattcharya is a weather reporter at the newspaper ‘The Sentinel’. He gradually turns into a detective while pursuing a story involved the reigning movie star 'Nandita', played by Paoli Dam.

Earlier, the film was titled as ‘Ink’; however the director decided to change the title to not confuse the audience about the language of the film. Speaking with the on-screen journalist Ritwick,he said, “This movie will raise the curiosity bar about how a normal middle-class weather reporter transforms into a detective, as he embarks on a thrilling journey from Kolkata to Chennai to Singapore.” On the other hand, Paoli added, “Audience need to watch this movie to unveil whether or not Nandita is the Diva or the Devil?”

Director Pratim D.Gupta said, “This is my fourth film with both of them. Ritwick and Paoli are like family. They both are brilliant actors and absolutely dynamic together on screen. We hope the audience will welcome Shantilal the new detective in town who is on a journey to solve the butterfly mystery.”

Apart from Ritwick and Paoli, Gautam Ghosh, Ambarish Bhattachrya, Chitrangada Chakraborty, Alokananda Roy will play an integral part in the movie. The movie is eyeing a 15th August release.

Save Energy, Save Earth!