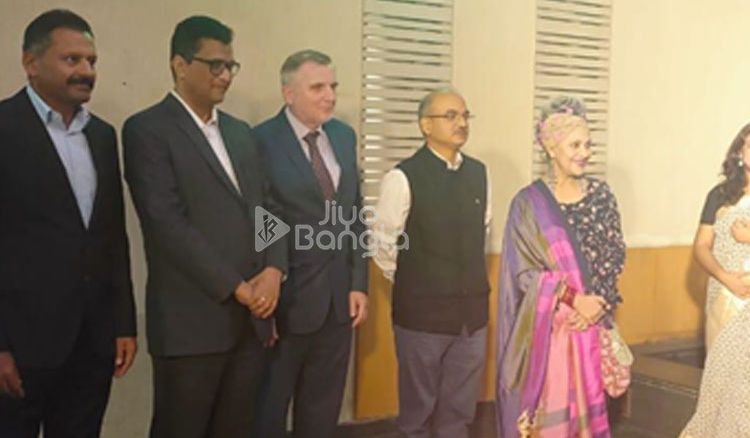 India is famous for many breath taking festival, be it Durga Puja or Uttarayan. Festivals in India are full of colours. Among these festivals one such religious mela is –Kumbh Mela.  This ancient northern Indian festival is what Indians consider a meeting of mystical minds and the photos that follow reveal some of the amazing sights of this ancient festival.

All over India, Kumbh Mela is considered the largest religious gathering in the world and the world's largest peaceful gathering. However, the grandiose of the spiritually charged festival which was held in Allahabad lured the lens of Muhamed Cengic (Ambassador of Bosnia & Herzgovina). On 6th December, 2019 he exhibited some selected moments of the festival captured by him at ICCR along with other dignitaries.  The exhibition organised in association with Embassy of Bosnia & Herzgovina.  Apart from Muhamed Cengic , Satish Chandra Tiwari (IAS) Additional Chef Secretary to the Governor and Prashant Pise (IFS) Deputy Director General (Culture) ICCR  inaugurated the exhibition. The exhibition will continue toil 10th December from 1 pm till 8 pm.