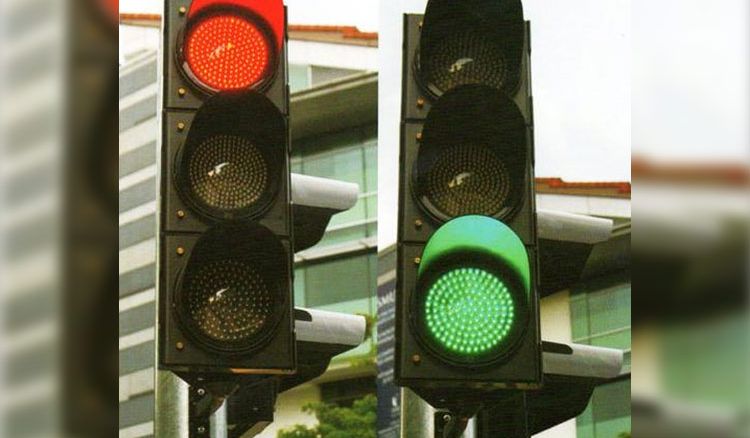 The Kolkata Police has recently decided to install a new type of signal lights with LED strips in order to boost its visibility to the drivers and pedestrians. As a part of an experiment, the traffic police department has installed a new type of T shaped signal post at Deshapriya Park crossing. This new T shaped post is different from the conventional signal posts and has LED strips fitted along the entire post. If this new type of signal post turns out to be successful and the drivers and pedestrians are benefitted by it, other major signal posts would be replaced by this new type of signal posts with LED strips. The traffic department has been dealing with signal violation cases very strictly for the last few months, but it has been often observed that the drivers after being caught for violating traffic signals have stated that they were not able to observe the traffic lights due to some obstruction like trees or in some cases big vehicle such as a bus or truck have obstructed their vision. Some drivers have even complained that they couldn’t figure out the signal because the signal lights were too dull to observe from far. At times pedestrians too fail to follow the traffic signals because of low visibility of signal lights from all angles. Santosh Pandey, Deputy Commissioner (Traffic) said, "This step has been taken up on an experimental basis. Our aim is to increase traffic signal visibility to the drivers and pedestrians. Using this method, they can be seen from a distance despite obstructions like hoardings or trees."