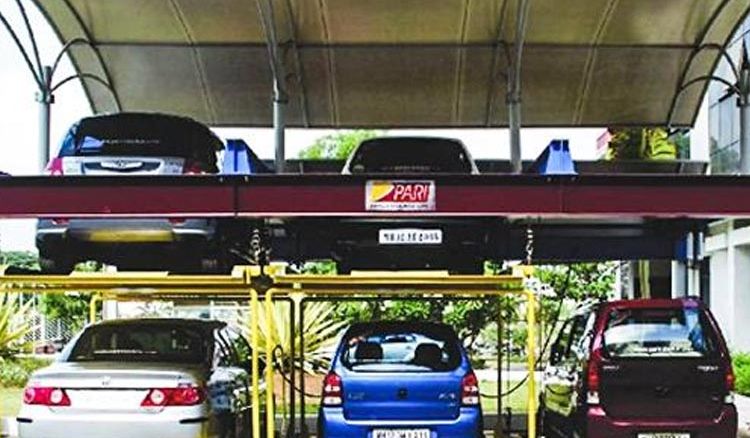 The construction of Kolkata’s first puzzle car parking system under the Gariahat Flyover between the Dover Lane-Gariahat Road crossing and the South East Division’s traffic outpost is finished. This three-tier parking facility has been built by Simpark Infrastructure Private Limited which is currently conducting safety tests on it before it starts operations. According to the officials of the Kolkata Municipal Corporation, the state of the art parking facility will be inaugurated before this year’s Durga Puja. The on-site manager of the project said, “The assembling of the three-tier parking facility was completed last week. We are now conducting trial runs to see if there is any teething issue and will accordingly do necessary adjustments in the mechanical, electrical or electronics systems”. The facility will be handed over to the Kolkata Police after the trial runs are done after which it will be inaugurated. This new parking facility will have space for 32 vehicles whereas earlier only 12 cars could be parked in that same space. It will be divided into two blocks, each consisting of 16 slots. The top tiers of the facility will have slots for six cars and the other two tiers will have five each. One of the engineers explained, “The facility is like a jigsaw puzzle. There are two types of software that can be loaded, one that requires the tray number in which the car is parked to be punched into a panel to retrieve the vehicle and the other that uses an RFID card. In either case, the car will automatically be slotted into a parking space and then retrieved when required”.